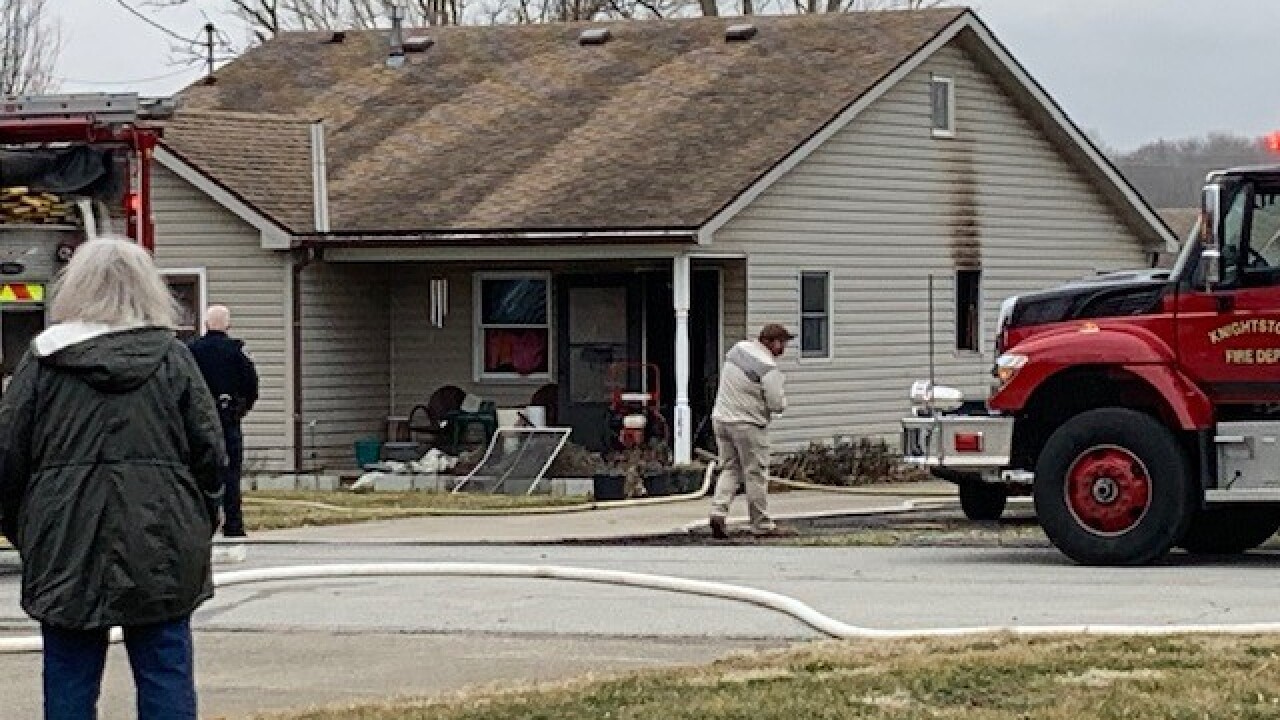 KNIGHTSTOWN — Detectives in Henry County are investigating after a body was found inside a Knightstown house after a fire Wednesday afternoon.

Knightstown Police Department officers and emergency personnel were called around 3 p.m. to the 100 block of East North Street on the report of a house fire with someone possibly trapped inside, Henry County Sheriff's Office Major Jay Davis said.

After crews put out the fire, a 66-year-old man was found dead inside, Henry County Coroner Stephen Hacker said in an email.

The identity of the man has not been released.