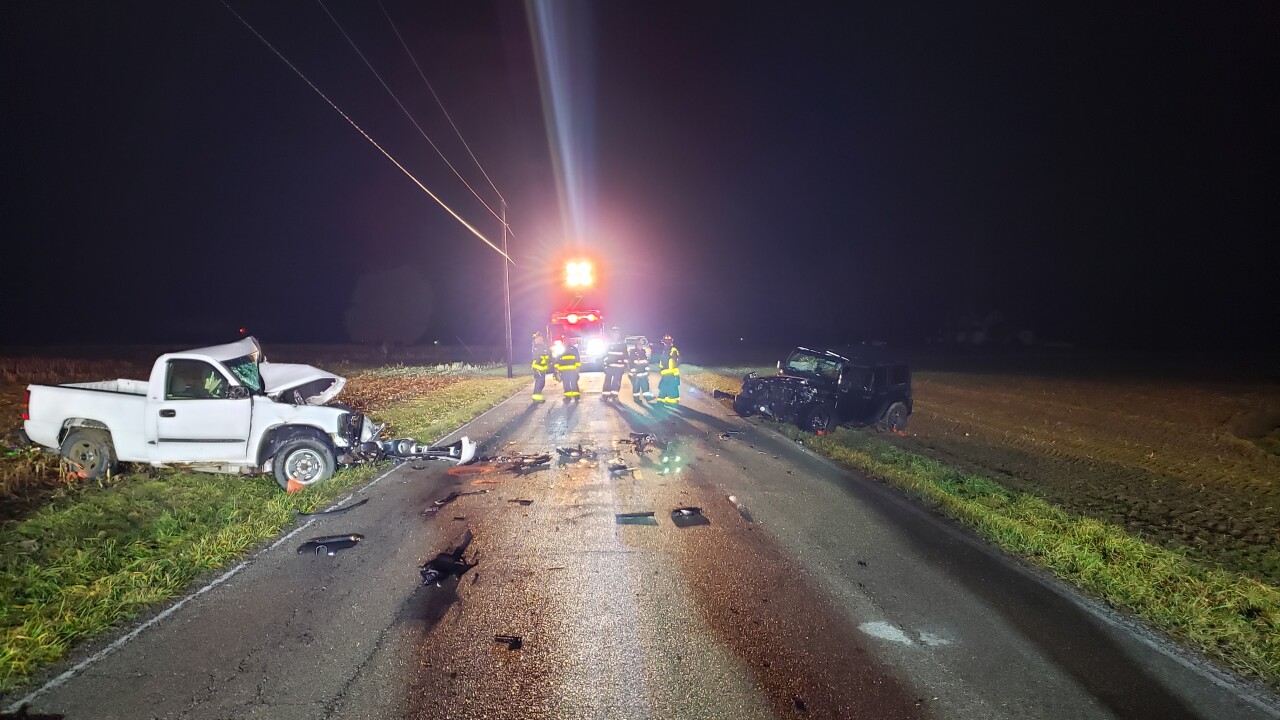 JOHNSON COUNTY — A Bargersville man was on his way to work when he was killed in a crash early Saturday morning south of Bargersville.

Johnson County Sheriff's deputies and emergency personnel were called around 12:30 a.m. to the area near State Road 135 and Division Road on the report of a crash, Johnson County Sheriff Duane Burgess said in a press release. When they arrived, deputies found a car and a pickup truck involved in what appeared to be a head-on crash.

Investigators believe a 48-year-old woman, of Morgantown, allegedly crossed the center line and crashed into the pickup truck driven by Robert Shirley, 42, of Bargersville, Burgess said. Shirley was killed in the crash and was going to work in Indianapolis.

The woman was taken to IU Health Methodist Hospital in Indianapolis with a possible fractured ankle, Burgess said.

Alcohol is believed to be a factor in the crash, however, investigators are waiting on toxicology results, Burgess said.