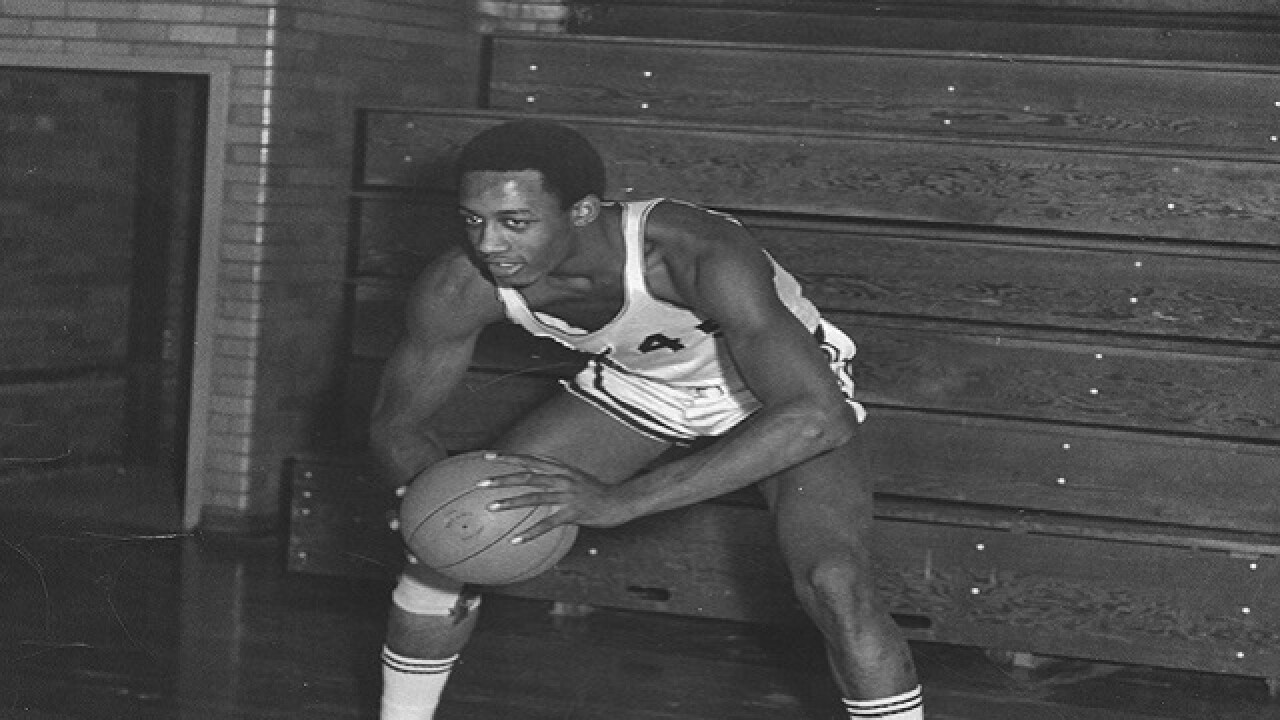 Copyright 2017 Scripps Media, Inc. All rights reserved. This material may not be published, broadcast, rewritten, or redistributed.
<p>PHOTO/INDIANA BASKETBALL HALL OF FAME</p>

Now, the hometown hero is getting a hometown celebration to recognize his accomplishments on and off the court.

Former Indiana Pacers player, George McGinnis, is the distinguished guest at "Honoring Our Living Legend" this weekend at the Jewel Event Center on Indianapolis's north side.

Special presenters, who knew McGinnis as a child, as a high school athlete, as an IU Hoosier, and as a Pacers player will each give remarks about their experiences during each of the chapters of McGinnis' life.

George McGinnis himself is also slated to address the audience.

The School #5 Alumni Association organized the program, which will take place Saturday, September 16, at 11 a.m. at the Jewel Event Center, located at 3333 North Illinois Street.

Childhood friend and former classmate/teammate Ralph Taylor explains the reason behind the tribute ceremony, "In his journey from IPS Oscar C. McCulloch #5 School to George Washington High School to Indiana University to the ABA Indiana Paces to the NBA, George carved out a true legacy as one if the best basketball players the nation has ever seen."