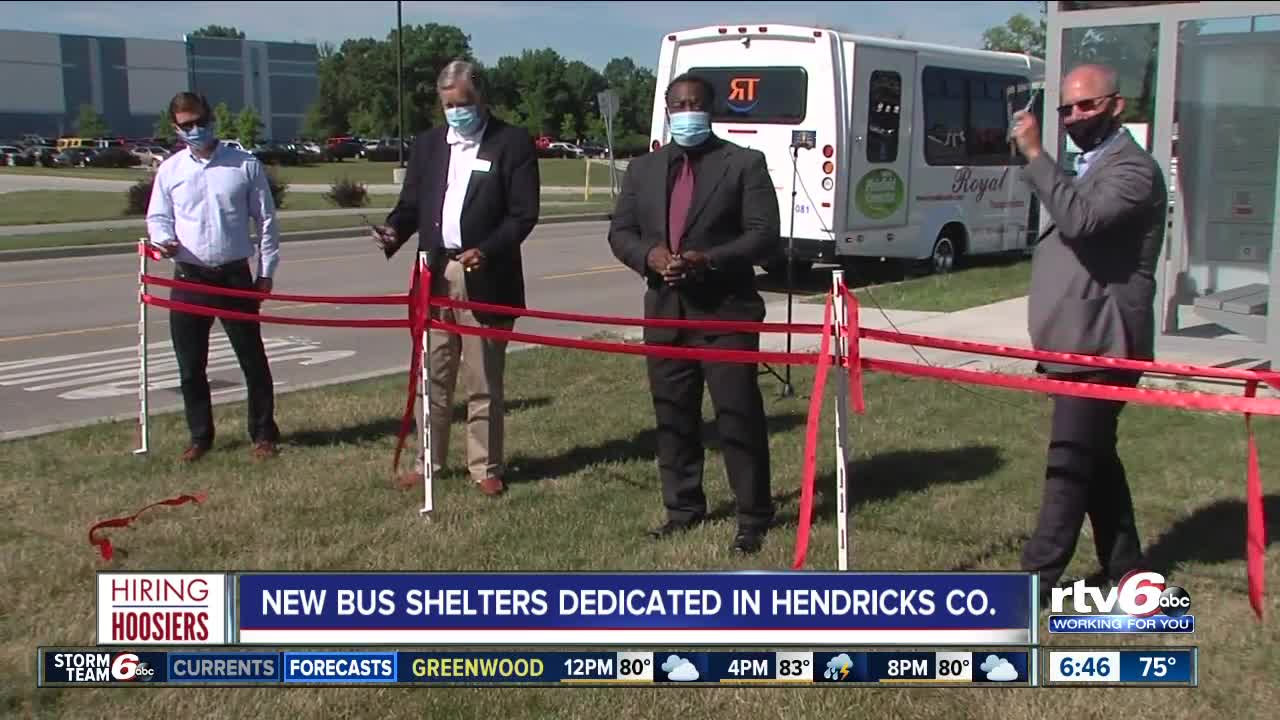 New bus shelters in Plainfield have been installed to help the more than 18,000 people who commute to the town every day for work.

PLAINFIELD — New bus shelters in Plainfield have been installed to help the more than 18,000 people who commute to the town every day for work.

The three bus shelters have been added along the Workforce Connector's north and south routes, which connects IndyGo routes to the warehouse district, according to a press release from the Central Indiana Regional Transportation Authority.

The shelters have been added at the following locations:

The north and south routes are near several warehouses, including UPS, Kohl's Fulfillment Center, Amazon, Walmart, Hanzon, Foxconn, and more.

“As someone who has worked in commercial real estate in Central Indiana all my life, I have had a front-row seat to the remarkable growth in the industrial sector in Hendricks County,” said Bill Ehret, partner with Avison Young and board chair of the Central Indiana Regional Transportation Authority, in the release. "While the installation of bus shelters could seem like a small matter, the message the shelters send it important: They indicate a permanent commitment and significant investment in workforce transit."