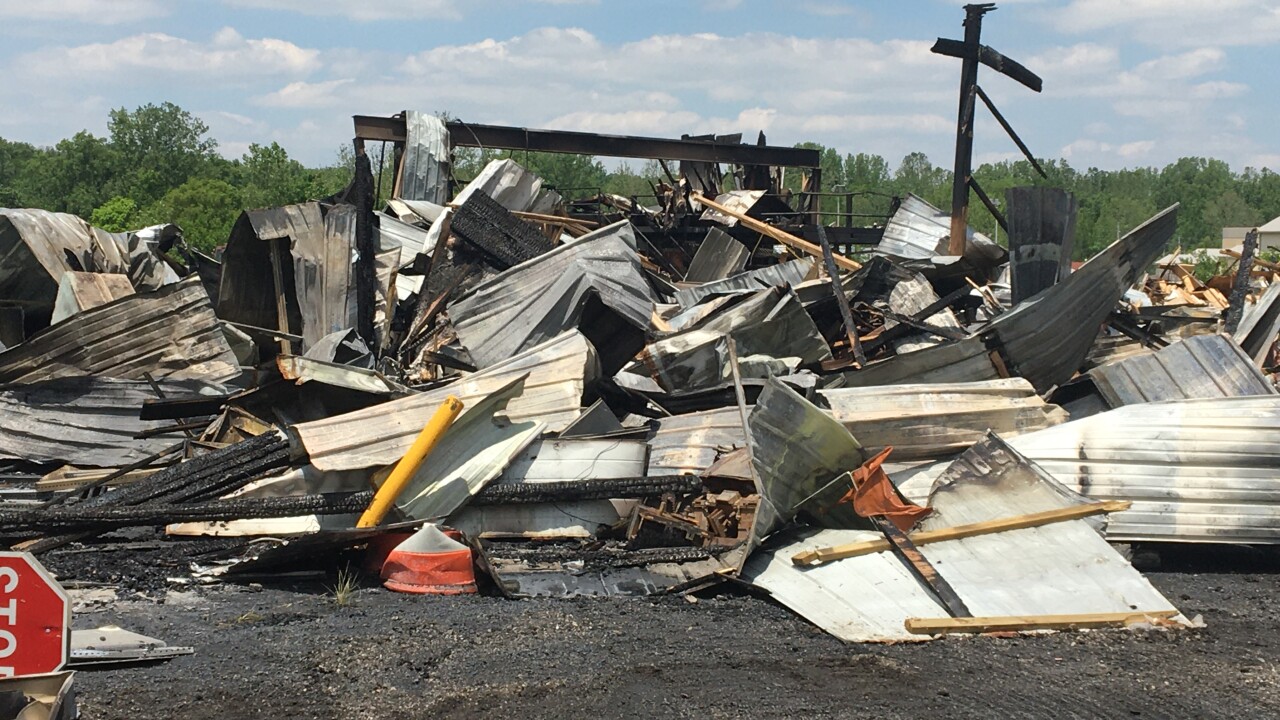 NEW CASTLE — The city of New Castle most of its trash trucks, snowplows and salt trucks in a devastating fire early Wednesday morning.

The fire at the city's street department happened shortly after midnight, Mayor Greg York said. The fire, believed to be caused by an electrical issue, burned the building to the ground.

“It was a very, very hot fire,” York said. “It was a metal building. All that metal caught on fire and just melted like butter – just dripping.”

Nobody was inside the building at the time of the fire. Nobody was hurt.

For the short-term, York said the city still has two older trash trucks that are in operation to pick up trash. York said there probably isn’t enough equipment for all of Wednesday’s trash.

“There are 18 employees out here and they’re all out chipping in right now, just trying to pitch in,” he said.

He said they’re in the process of trying to lease some equipment. Other nearby communities have called to offer their trash trucks.

The trash trucks are gone, but there isn’t an immediate need for the snowplows and salt trucks in the middle of June.

“But the way this year has been going with COVID and everything, I’m not convinced there may not be a blizzard tomorrow,” York said.