Count Me Indy reaches out to historically undercounted populations 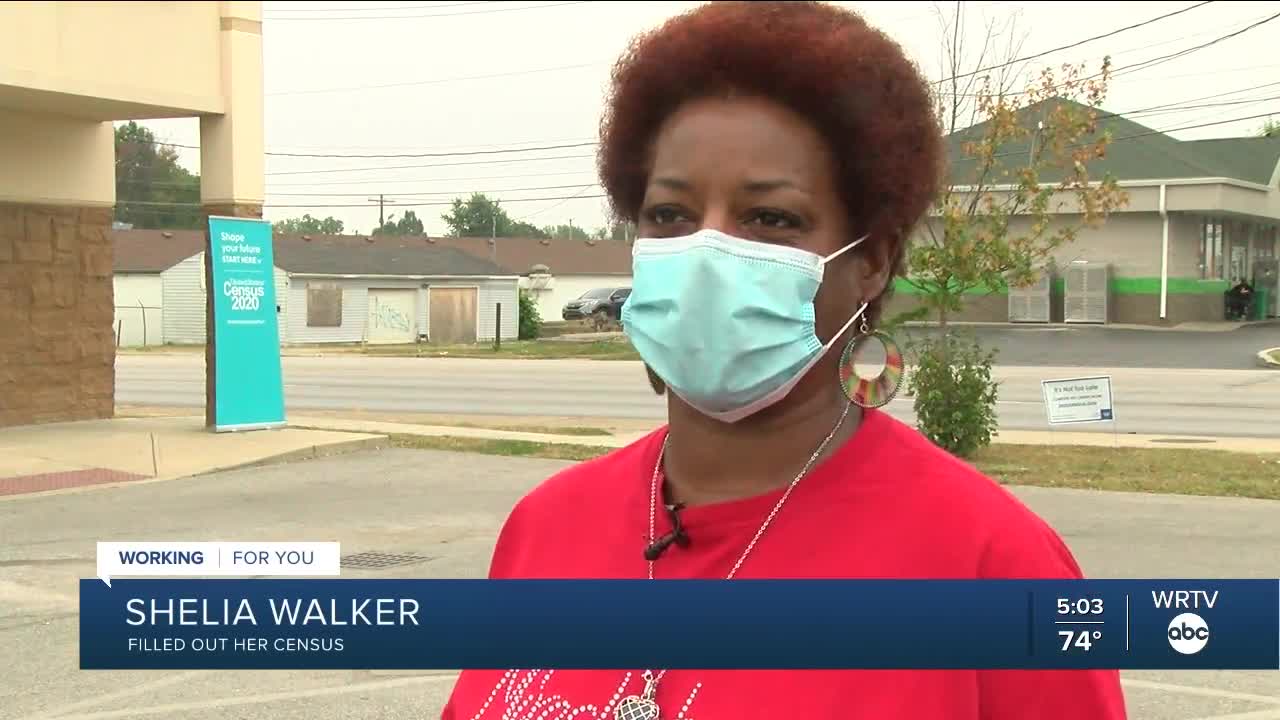 INDIANAPOLIS — More than 83.3% of Marion County households have completed the 2020 census, however, Count Me Indy, a census outreach group, is still concerned that certain populations will not be counted.

According to projections by the Urban Institute, Black and Latino people are at great risk of being undercounted in the 2020 census.

But, Count Me Indy is working to prevent that despite challenges brought on by the pandemic.

“Our campaign with Count Me Indy has always been about reaching historically undercounted communities,” said Callie Kennington, campaign manager for Count Me Indy.

Count Me Indy is a group working to make sure everyone in Indianapolis and Marion County is counted in the 2020 census.

Kennington says one of the greatest challenges has always been a distrust of government and concern for what will happen to an individual’s information once they fill out the census.

“There are certain populations that have been historically undercounted," Kennington said. "So we wanted to focus the majority of our efforts to reaching those populations and making sure we were dispelling myths around the status and that everyone counts regardless of citizenship status, this information can’t be used with law enforcement, it can’t be used by the IRS."

Which is why the group has partnered with community organizations across central Indiana to reach those populations where they are.

“We want to make sure that the community is receiving the messaging from people that they trust within the neighborhood within the city because these organizations have worked with the community for years if not decades,” Kennington said.

One of those organizations working to assist the count is Goodwill of Central and Southern Indiana.

“A lot of the folks that we serve are marginalized folks,” Cropper said. “Black and brown people have been marginalized and we know it is going on in our society today. We feel like it is part of our mission to make sure they are represented and that we are helping them to better their position in life and give them opportunities that they traditionally have not had. The census is part of that. Making sure that they are counted and represented means a lot to the city and state and fund for the future.”

Through the end of September, you’ll notice a census worker outside of Goodwill stores in Indiana. Their job is to ask people if they have completed the census and if the individual has not, to assist them with the process.

The partnership is helping make up for the loss of dozens of census outreach events that were canceled due to the pandemic.

“We had to cancel more than 90 events between March and April,” Kennington said.

The cancellation of events one of the reasons there is concern certain populations will not be counted along with the fact that the census is likely not top of mind for the average person right now.

“People who are already struggling to put food on their tables and then throwing in a global pandemic and possibly losing their main source of income and attention has been spread so thin,” Kennington said.

But the hope is that outreach like the partnership with Goodwill, as well as door to door enumerating, will assist getting all populations accurately counted so that communities can get the right funding for the next 10 years.

Kennington reiterates that the census helps guides the distribution of over $675 billion annually to communities across the nation.

“If we miss one person, our city misses out on up to 30 thousand dollars over the next decade,” Kennington said.

The census is how the government decides to distribute those funds.

“We want to know how many people are here so we have the proper resources to serve that community,” Kennington said.

If you have not completed the census you can visit 2020census.gov for more information.