Part two in a three-part series 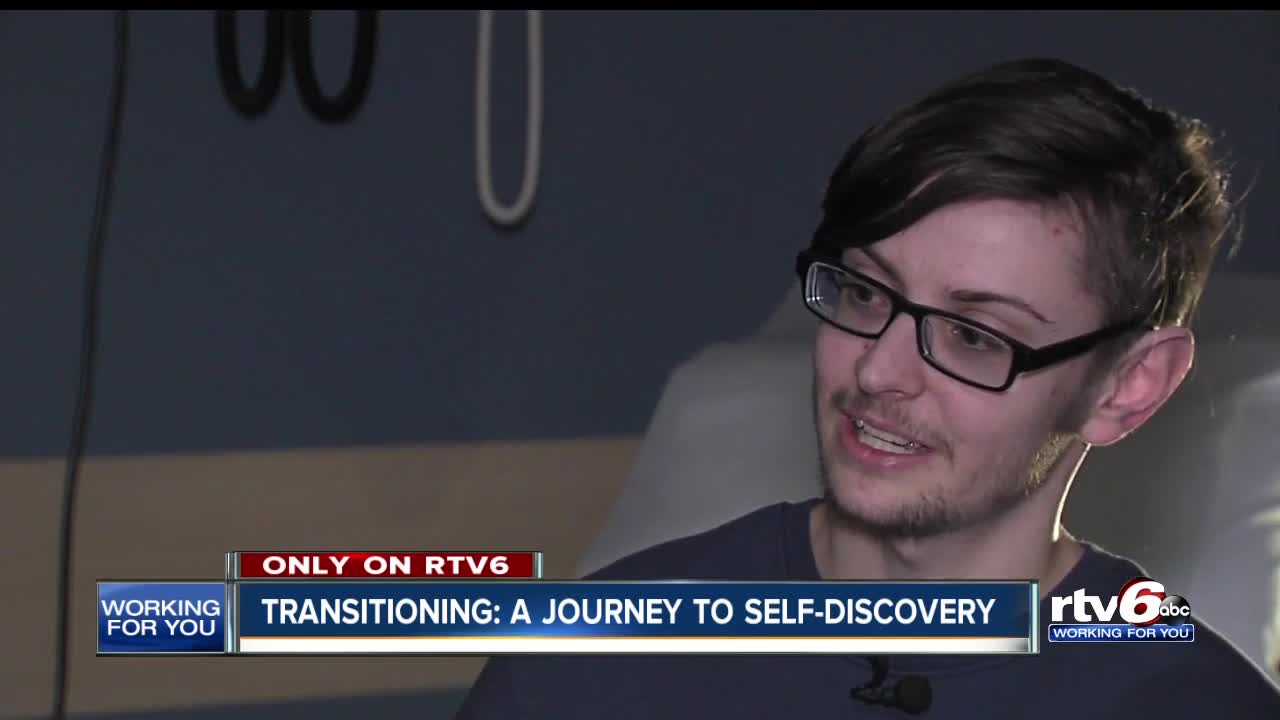 Part 2 of Ryan Oligher's journey to find his true self. 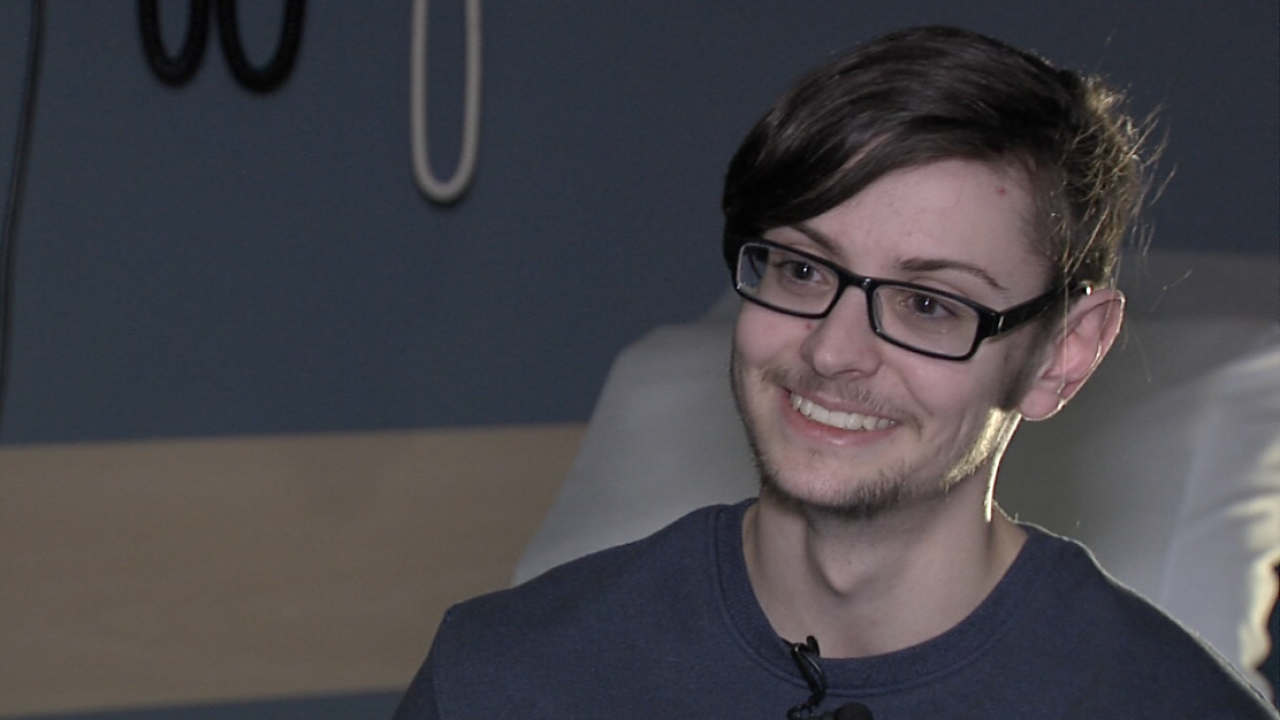 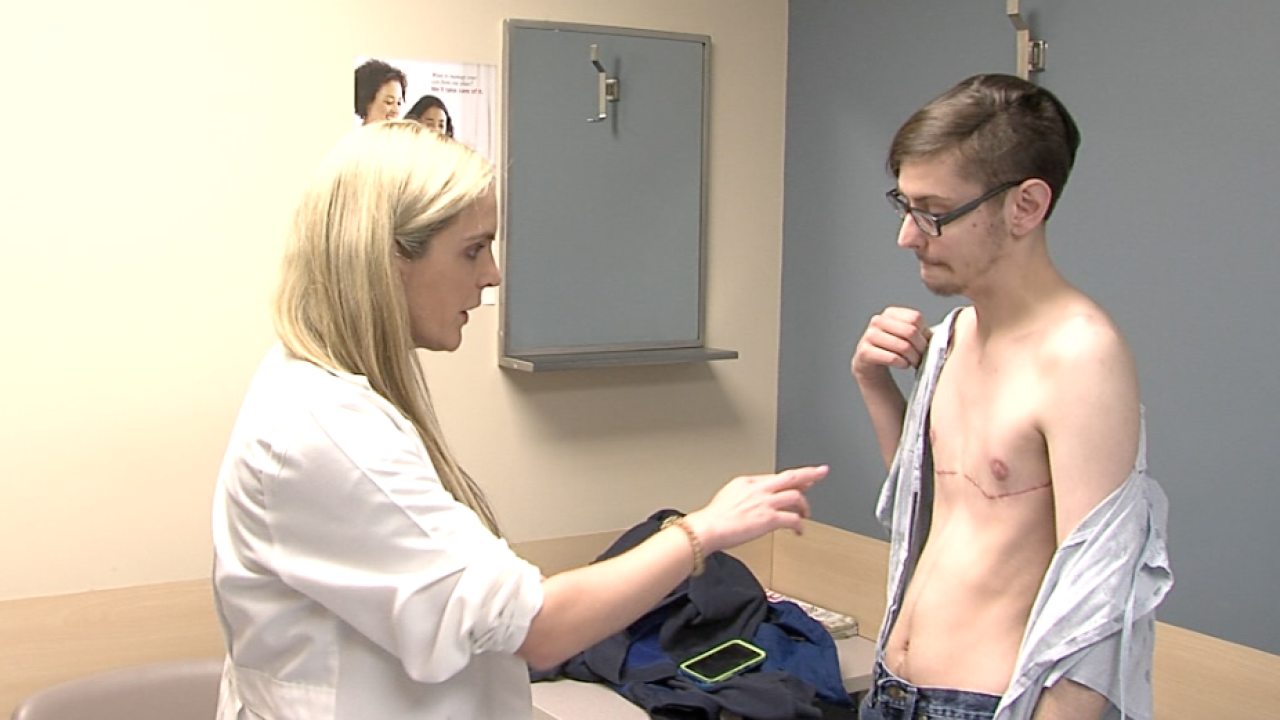 INDIANAPOLIS — It has been a long road of self-discovery for Ryan Oligher, whose path to his true self has led from the small town of Newburgh, Indiana to Indianapolis for a huge personal milestone.

PART ONE | Transitioning: An Indiana man opens up about his lifelong search to discover his true identity |

Ryan is transgender, born a female, but identifies as male. December 19 of 2018 was the day this 22 year old had been waiting for.

"We are going to do a few drawings on your chest and get everything ready and take it from there," explains Dr. Sidhbh Gallagher, Ryan's surgeon at IU Health, before Ryan went back for surgery.

Ryan was born female, but realized at 17 years old, he identifies as male.

On this December day, he is doing what is known as "top surgery," also known as a transgender mastectomy, at IU Health Methodist Hospital in Indianapolis to masculinize his chest. The chest is a part of his body that has brought him discomfort and emotional stress for years.

"My mom came with me," Ryan says while waiting to go in for his surgery. "I know that my parents are not thrilled with me going through all of this, but my mom is going to be here for me."

While Ryan prepared for surgery, his mother, Sherri Oligher, spoke with RTV6's Amanda Starrantino about what this journey has been like for her.

"Very mixed emotions, I am more here because I am the mom, I'm not actually in favor of this," explains Sherri. "But this is my child and I want to be here."

For Sherri, she says this has not been an easy transition.

"Today is the day that my child is going to basically have breast tissue removed to try and help feel better about the transition they are going through," says Sherri. "I just concern that, is this going to bring the result that is hoped for, I guess."

The 22 year old's mother says she is worried if this would bring the happiness that she feel's her child had been searching for.

"Confusing," explains Sherri when asked about this whole process in her family. "I just don't understand, but I am trying to and just trying to love no matter what though."

Rebecca Waletich is a Licensed Clinical Social Worker who works with gender diverse people and their families.

The therapist says family support is vital to the progress and health of someone going through a gender transition. Waletich helps parent's like Sherri Oligher, understand.

"There is an entire spectrum of people of who might go under the umbrella of gender diverse," explains Waletich. "Basically if 1 is 'I identify as a female,' and 10 is 'I identify as a male,' and you are born in a born that is female sex but you are not a one, you are a two three four five six, then you would be gender diverse because the sex assigned at birth is different than the gender identity that fits who you are."

Waletich says it is important for families to refer to their loved one using their preferred pronouns, he and him, she and her, or they and theirs. She also says families should take the time they need to process what is happening, to become the support system their child needs.

"Suicide rates are astronomical," states Waltich. "By the time they are 20, about 50% of gender diverse people have attempted suicide. When you look at the protective factors for suicide, the number one most protective factor is having family support so it is super important that we get the family in to talk to other parents who have gone through it, talk to therapists, so they can kind of work through their own process."

That is why there are many local support groups and resources not only for transgender adults and children, but for their family members too.

Indiana support groups for transgender children, adults, and their families:

"You used to be someone's sister and now you are their brother or whatever," says Waletich. "So everyone has to kind of work through their own issues with that."

Ryan's top surgery in December was successful. RTV6's Amanda Starrantino sat back down with Ryan in February when he came back to Indianapolis for a post-op visit with Dr. Gallagher, his surgeon.

While Ryan physically heals, he hopes his parents can heal as well, as they process this change. Ryan says his parents are trying, but they have so far refrained from calling him, "Ryan."

Ryan also says this surgery has changed his life.

"It's been, really nice, have felt better," explains Ryan. "I feel a lot more confident.I feel like I can stand up straighter because I feel like I don't have to hunch and hide."

It is the little things most people take for granted, putting on clothes, walking down the street, going for a swim, basic introduction, that Ryan is now looking forward to.

"I didn't realize how much I avoided looking in the mirror," explains Ryan. "I was sitting there a couple of weeks back and I am just like, "I look really good.' It's like the person I was always supposed to be."