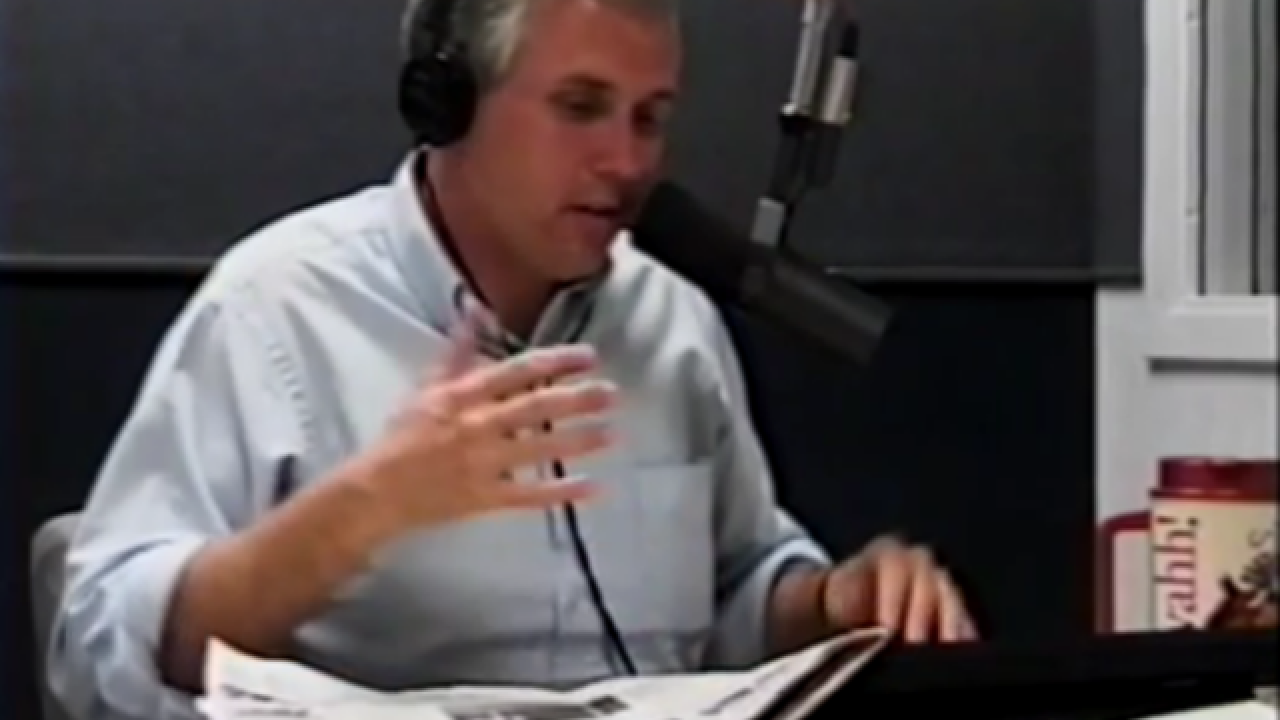 INDIANAPOLIS -- Before he was a vice presidential candidate, Indiana's governor, or a member of the U.S. House of Representatives, Mike Pence was a radio show host.

He used "The Mike Pence Show" in the 1990s to help springboard his political career in the 2000s. Politico notes that he used the radio show to talk to everyday Hoosiers. He learned how to talk to listeners (and later, potential voters) in ways they could relate to.

MORE | He could be your next VP: Who is Mike Pence?

Video footage from local radio shows from the 1990s is difficult to track down, even with the help of the internet. But Politico found audio of Pence's show in 1996, and video from a show in 1997. The 1996 show opens with Pence discussing the Iowa Caucus and the presidential election.

Politico also obtained video of his "Open Phone Friday" show from May 23, 1997, a day after Carb Day at the Indianapolis Motor Speedway.

Pence discusses the "normalization" of adultery, using the example of Kelly Flinn, the country's first B-52 pilot. Flinn had just been discharged from the U.S. Air Force after disobeying a commanding officer and lying about an affair.

Pence sounds less like a politician and more like a typical radio host, asking listeners to call at "800-603-MIKE."

He also criticized The Indianapolis Star later in the show for downplaying the size of the crowd at Carb Day.

Watch Pence in the 1997 radio show in the video below and read more from Politico here.