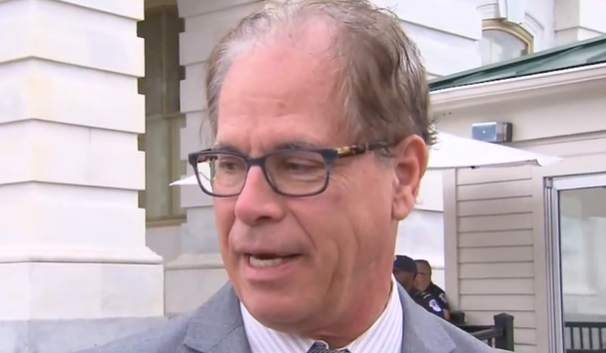 Indiana Senator Mike Braun says lawmakers should go ahead and approve a new Supreme Court justice, even if its before the election.

Republican Sens. Todd Young and Mike Braun both said on Tuesday they support hearings for the nominee, despite Republicans in the Senate holding up former President Barack Obama’s Supreme Court nominee in 2016.

Young, who was a nominee for Senate at the time, supported holding up hearings on Obama’s nominee, Merrick Garland.

“Given that this lifetime appointment could reshape the Supreme Court for generations I would prefer that the American people be offered an opportunity to weigh in this fall, and I share Vice President Joe Biden’s reservations about the Senate holding confirmation hearings during a Presidential election year; it’s about principle and process, not the person,” he said in 2016.

Braun and other current Senate Republicans say the difference between what happened in 2016 and what’s happening now is which party controls both the Senate and the White House. Since control between the two was split in 2016 with a Democratic President and Republican Senate, they felt it was fair to hold up the nominee. But after Republicans maintained control of the Senate in the 2018 midterm elections, they say it’s a different situation and will allow the hearings to move forward.

“When this Republican President was elected in 2016, and when the American people expanded the Republican majority in the Senate elections of 2018, the expectation of the American people was that should a Supreme Court vacancy arise that that vacancy should be filled,” Young said. “We will act because the American people want us to act. The people of Indiana, in particular, want me to act on this forthcoming nomination. Historical precedent supports action in a case like this, clearly.”

Braun said Tuesday he would like to see Amy Comey Barrett, a Notre Dame professor and circuit judge on the U.S. Court of Appeals for the Seventh Circuit, get Trump’s nomination. He said she has an “impeccable judicial record.”

“All of the potential nominees I’ve heard about are constutionalists, contextualists, ones that won't legislate from the bench,” Braun said. “Sadly, that is the main criteria when we put somebody on the supreme court - are you going to pay attention to the constitution and are you going to interpret, not legislate?”