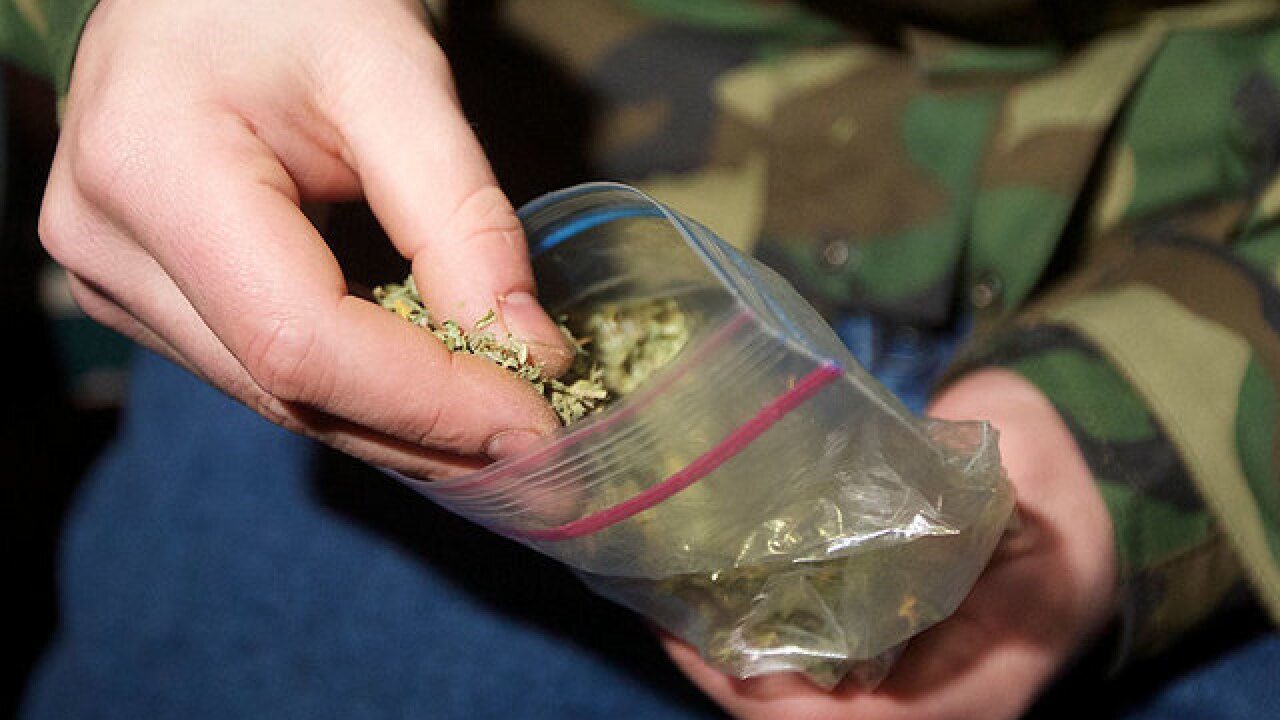 Copyright Getty Images
<p>A Seattle resident takes marijuana from a plastic bag shortly after a law legalizing the recreational use of marijuana took effect in Washington on Dec. 6, 2012. (Photo by Stephen Brashear/Getty Images)</p>

INDIANAPOLIS — The recent decision to not charge people for simple marijuana possession could be the first step in decriminalizing the substance in Indiana as soon as 2020.

Misdemeanor possession charges of less than one ounce will no longer be prosecuted in Marion County, effective Monday.

Interim Prosecutor Ryan Mears said the Marion County Prosecutor’s Office found a lack of connection between violent crime in Indianapolis and simple marijuana possession cases, and the county has already dismissed more than 80% of cases in 2019.

At least one state lawmaker said the change could be the push the legislature needs to make moves toward changing Indiana’s marijuana laws.

Rep. Jim Lucas, R-Seymour, has been pushing for changes to the marijuana laws for years.
In the 2019 session, he introduced a bill that would’ve decriminalized marijuana possession of less than 30 grams, but it died without a hearing.

Lucas thinks these marijuana policy changes should come from the state level, not county-to-county.

“The same thing that happened at the federal level is now happening at state level, because due to our inaction on this,” he said. “This is something the people have wanted for years but for whatever reason, we have people who have decision-making ability within our state who kept trying to keep this swept under the rug. … Now we’re going to have to do something.”

Lucas said the move Mears announced is something the rest of state lawmakers simply can’t ignore.

"When you have Marion County, the capital of our state, when they step up and do something this big, to ignore is going to come at great risk to anybody that is in a decision-making process,” Lucas said. “So yes, we're going to have to do something."

But what that something would be is still unclear.

Mears said he hopes the policy change at least “elevates the conversation.”

“Hopefully, everybody is willing to have this discussion now,” Mears said. “I think what people are going to find is this is not going to cause Armageddon. We’re going to be OK here in Marion County. I would guess most people didn’t realize we dismissed 81% of cases already. … We certainly feel good about the decision we’re making.”

Gov. Eric Holcomb and other Republican leaders in the statehouse have been staunchly opposed to any efforts of decriminalization or legalization of marijuana.

“I am concerned that this proclamation in Marion County will attract to Indianapolis people with a particular interest in communities where drug enforcement is lax,” Hill’s statement reads, in part. “It seems to me a curious strategy to put out a welcome mat for lawbreakers in a community already facing challenges related to crime, homelessness and other social problems stemming from drug abuse.”

No matter what happens from now until the beginning of the next session, Lucas said he plans on introducing at least one marijuana-related bill in 2020.