Why election results may come later than usual this year 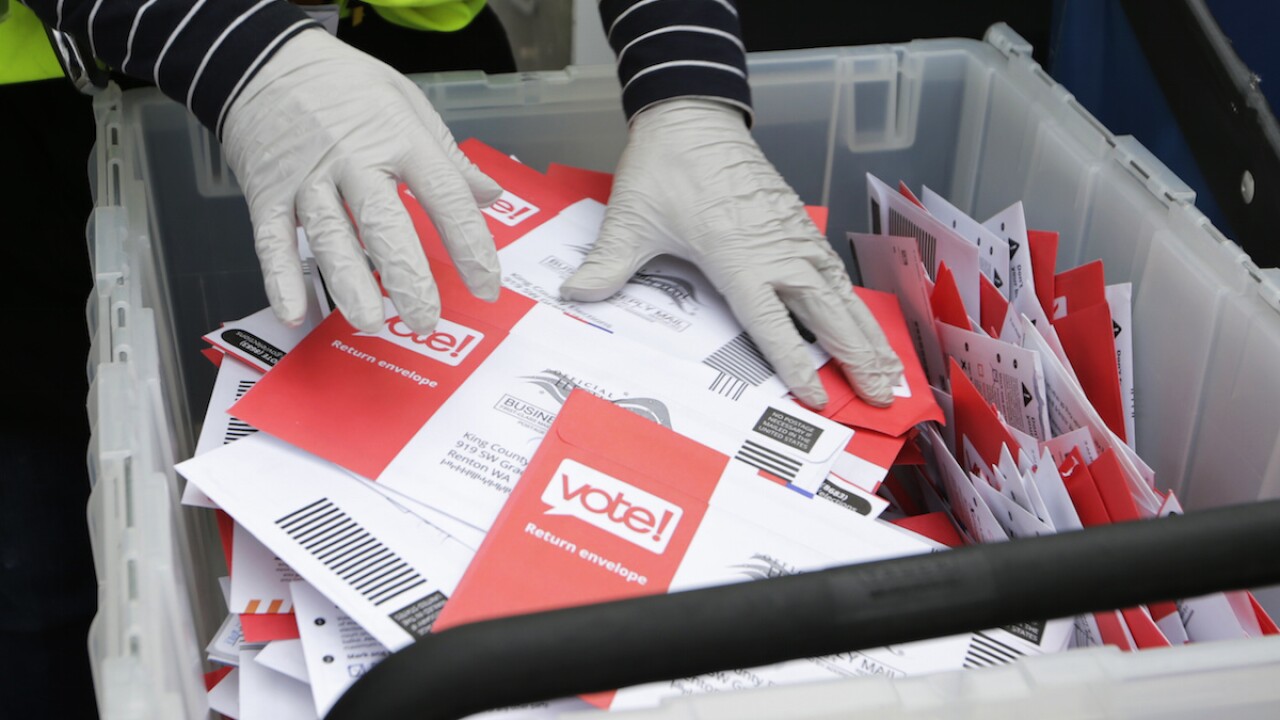 John Froschauer/AP
FILE - In this March 10, 2020, file photo wearing gloves, a King County Election worker collect ballots from a drop box in the Washington State primary in Seattle. Washington is a vote by mail state. A new poll from The Associated Press-NORC Center for Public Affairs Research finds Democrats are now much more likely than Republicans to support their state conducting elections exclusively by mail, 47% to 29%. (AP Photo/John Froschauer, File)

INDIANAPOLIS — You may be used to seeing election results just a few hours after the polls close in Indiana, but that may not happen this year.

In yet another change to the norms due to the coronavirus, Indiana election officials warn the results from Tuesday’s election could be delayed by days.

The delays are due to the extra time necessary to count all the absentee ballots, as election officials urged mail-in voting for health precautions. Indiana officials tried to make it easier for Hoosiers to vote by mail in 2020, opening up absentee ballot requests on the state's election website.

Where usual elections saw results just a few hours after the polls close at 6 p.m., the 2020 primary could be delayed much longer than that.

“We are not expecting to have results at 7 or 8 o’clock,” Indiana Secretary of State Connie Lawson said. “It’s going to be nearly impossible.”

Results could be more delayed in more populous counties, and less so in less populous ones, Lawson said.

“Some of the counties, like Ohio County … they’re going to be done,” Lawson said. “Marion County will not be done. It's gonna take a while."