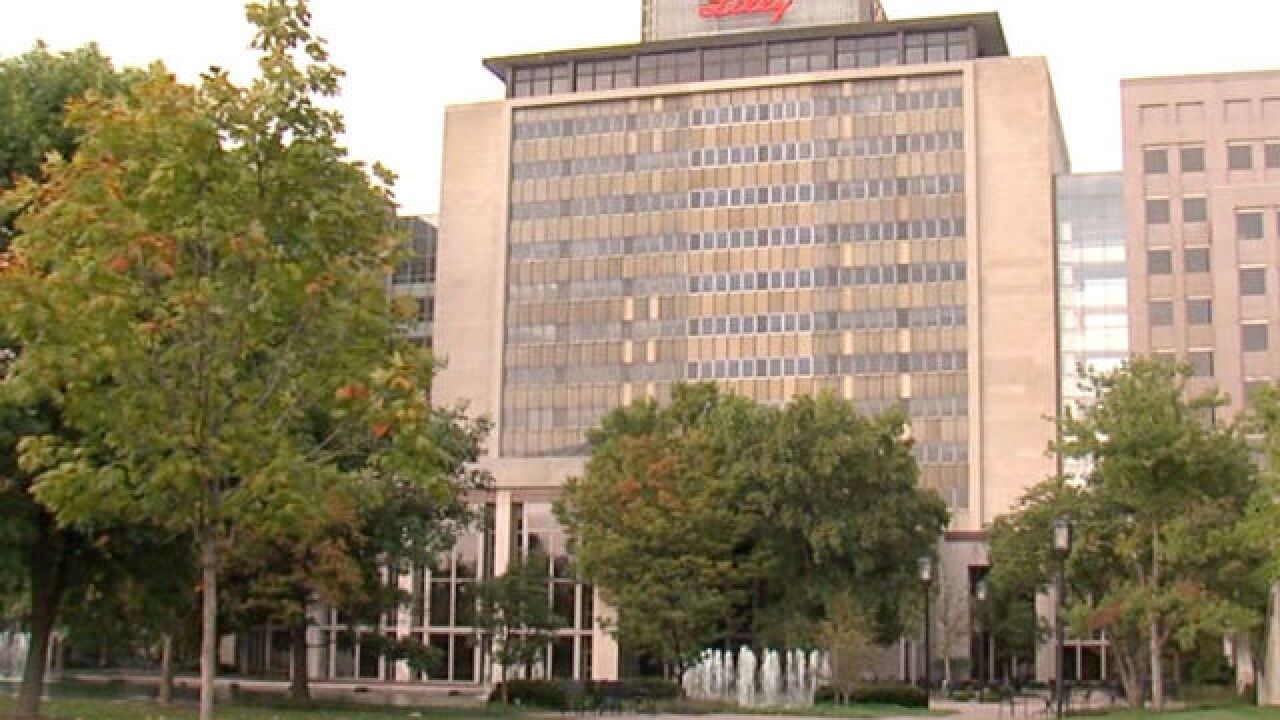 Copyright 2017 Scripps Media, Inc. All rights reserved. This material may not be published, broadcast, rewritten, or redistributed.
Eli Lilly Headquarters

INDIANAPOLIS – Eli Lilly is requesting about $24 million in tax abatements from the city of Indianapolis over the next 10 years for a new investment into its diabetes care section.

The company is planning to invest $400 million in an expansion of its diabetes therapy and drug production in the Indianapolis facility. It is seeking an abatement of about $313 million of that expansion.

The $24 million request is about half of the taxes that would be paid by Eli Lilly over the next 10 years from the new diabetes expansion.

O’Conner described some of the philanthropic efforts the company does, such as millions of dollars to non-profits across Indianapolis and helping to create the city’s pre-K program.

The new diabetes expansion will create 100 new jobs with salaries averaging about $61,000 per year. An additional 20 current jobs will be retained through the expansion, O’Conner said.

Councilor Jared Evans, D-District 22, questioned the company on the number of employees that work in Marion County, and keep their income tax in the county.

Of the company’s approximately 10,000 central Indiana employees, about 40% live in Marion County.

“We already get screwed on sales tax, we get screwed on road infrastructure funding and much more, then we have to pay for tax incentives where 60% of these large corporations to go and live in other counties,” Evans said. “Then in Hamilton County, I’m sure that’s where a lot of them live, get to reap the benefits of their income tax.”

The abatement proposal passed the committee 8-2, with Evans and Council Vice President Zach Adamson voting against it.

PREVIOUS | 'They don’t need it.' Tax relief for Eli Lilly passes City-County Council, despite no votes and pushback