Why pedestrian deaths are increasing across the country 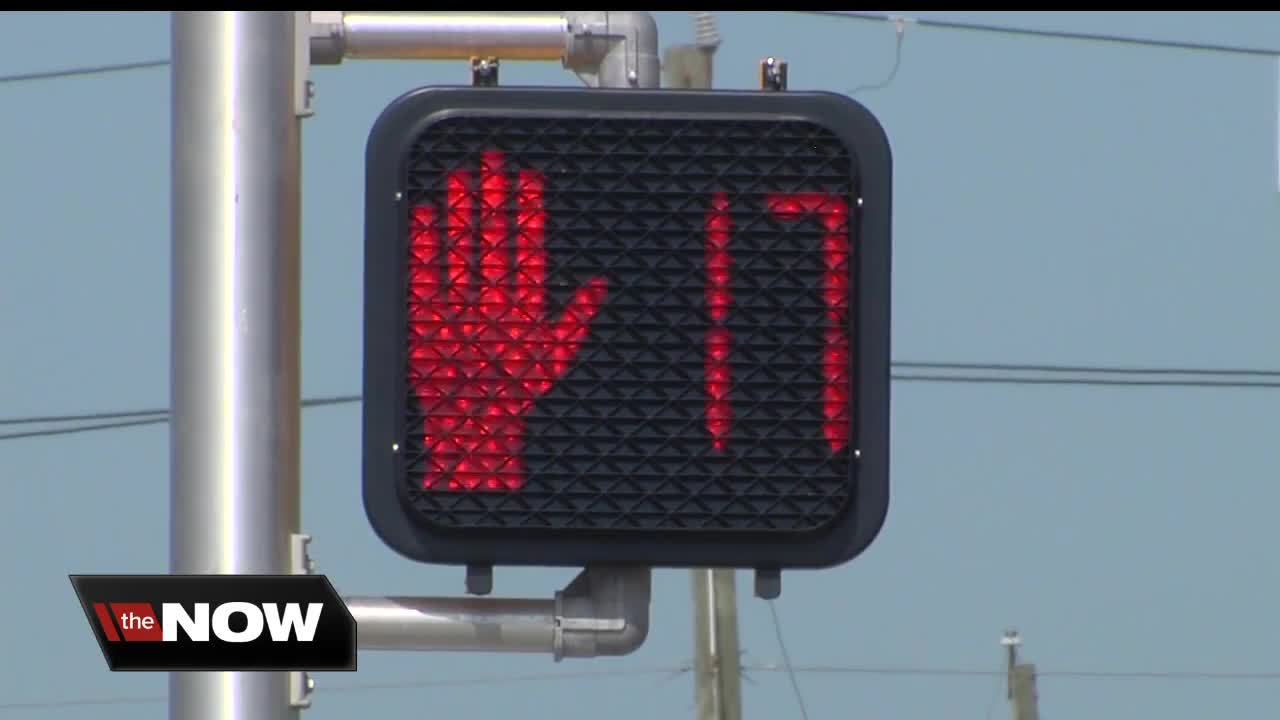 Indianapolis ranked 68th in the country for pedestrian deaths. 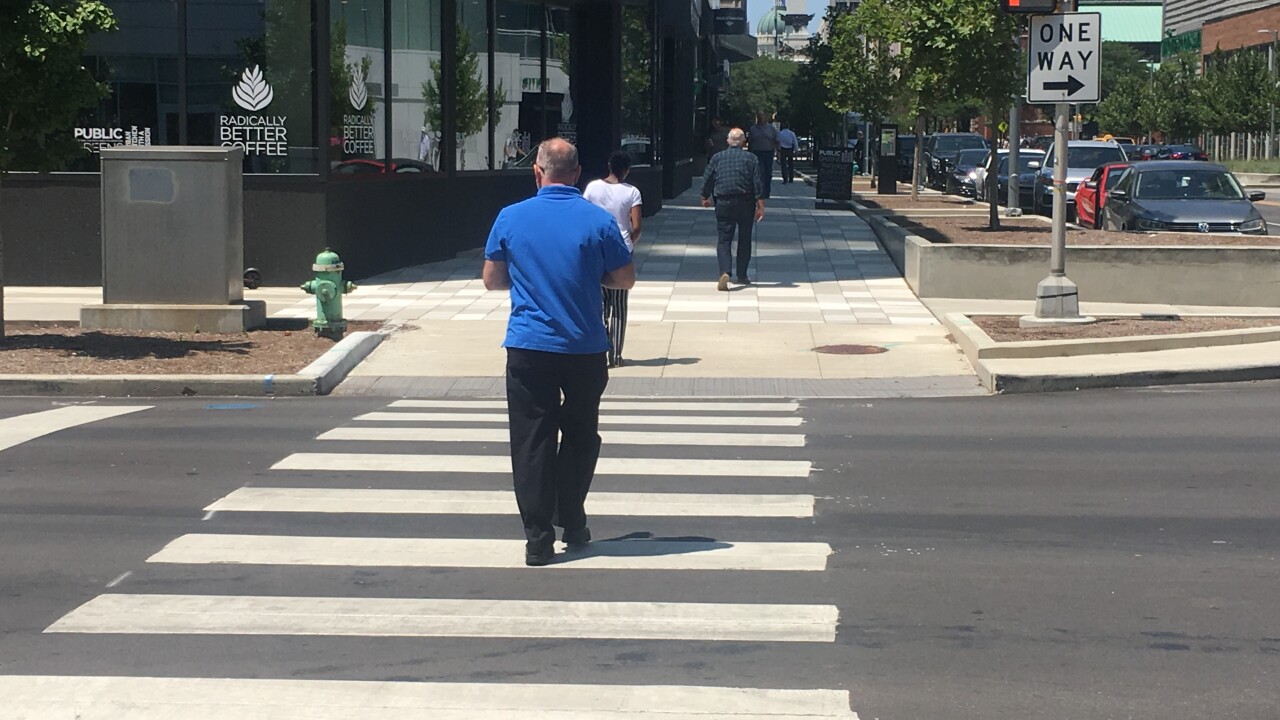 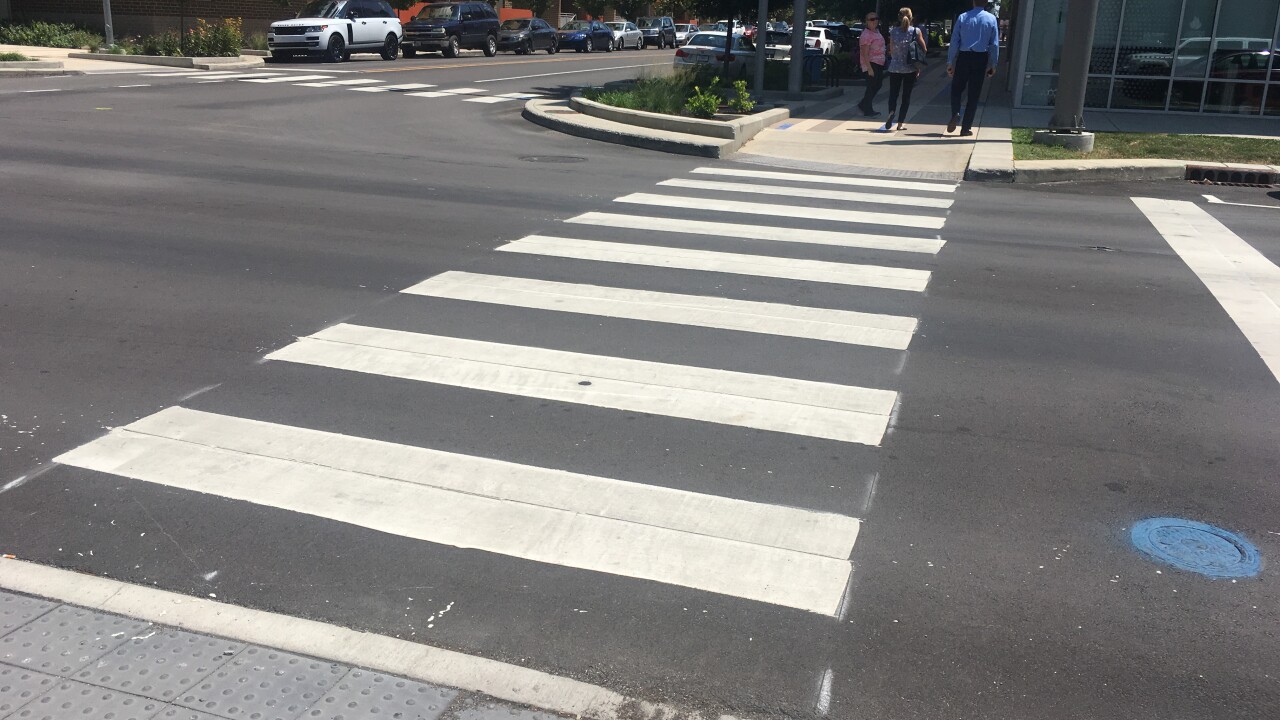 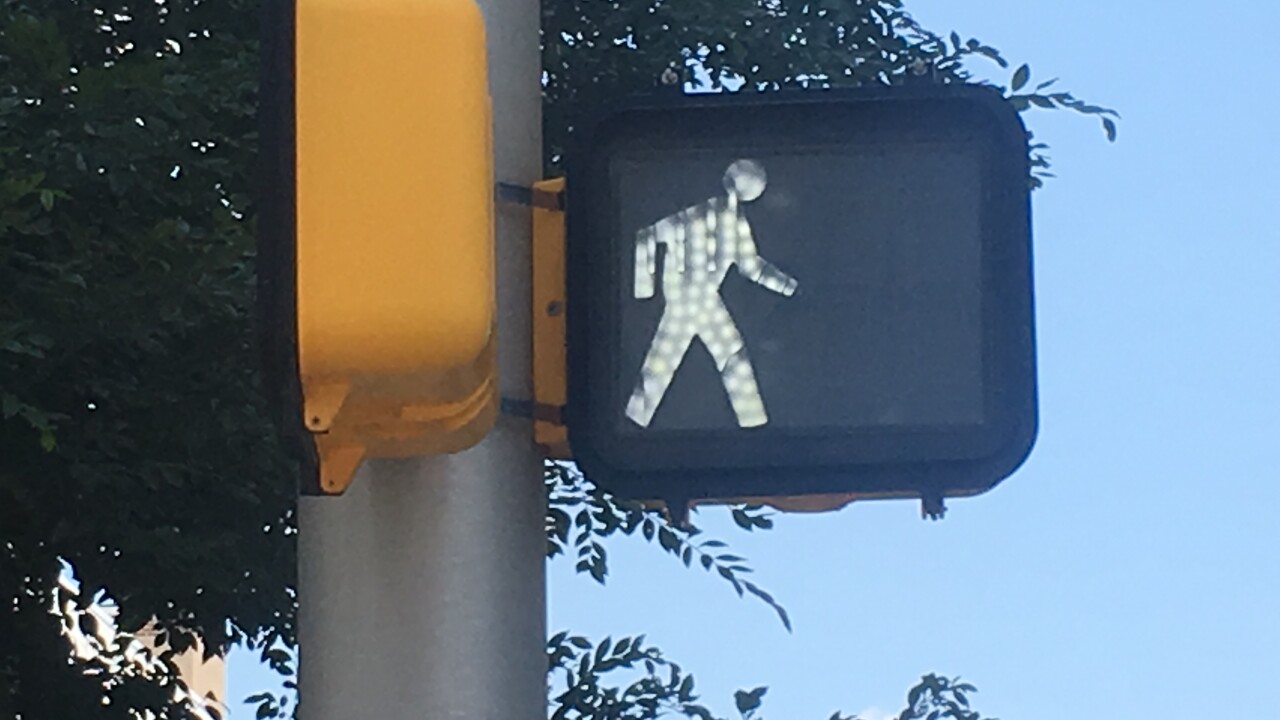 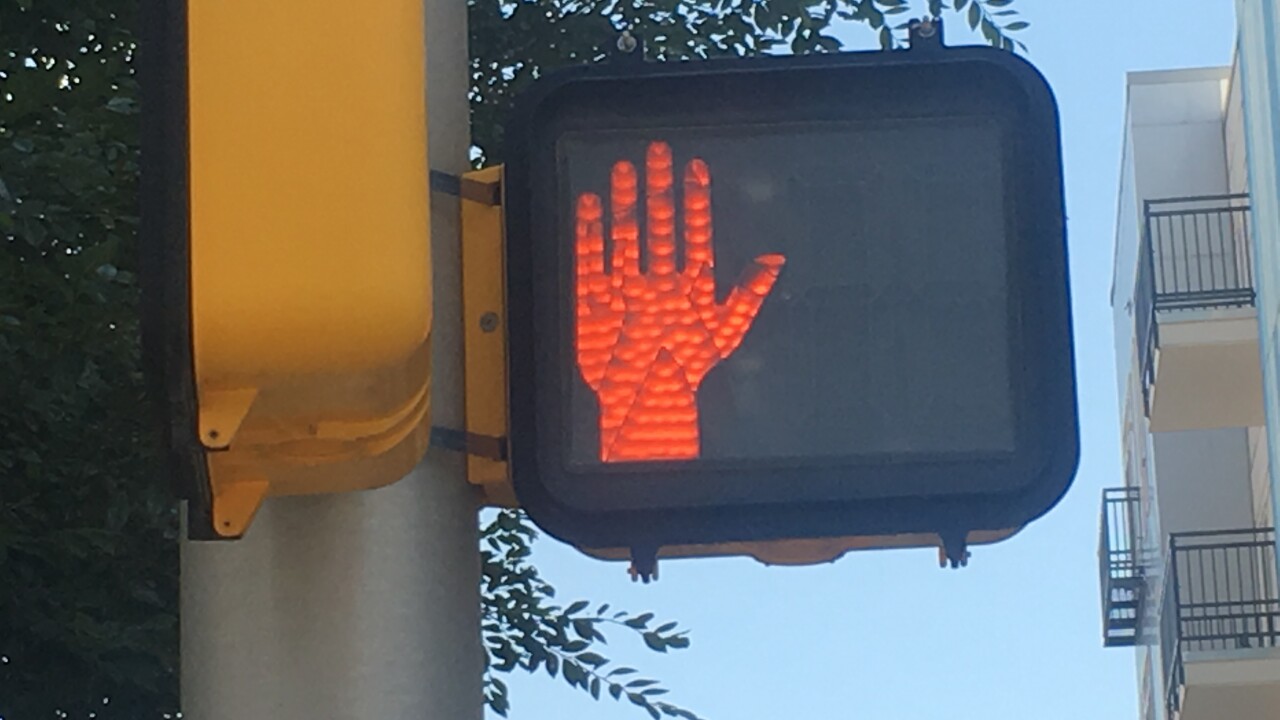 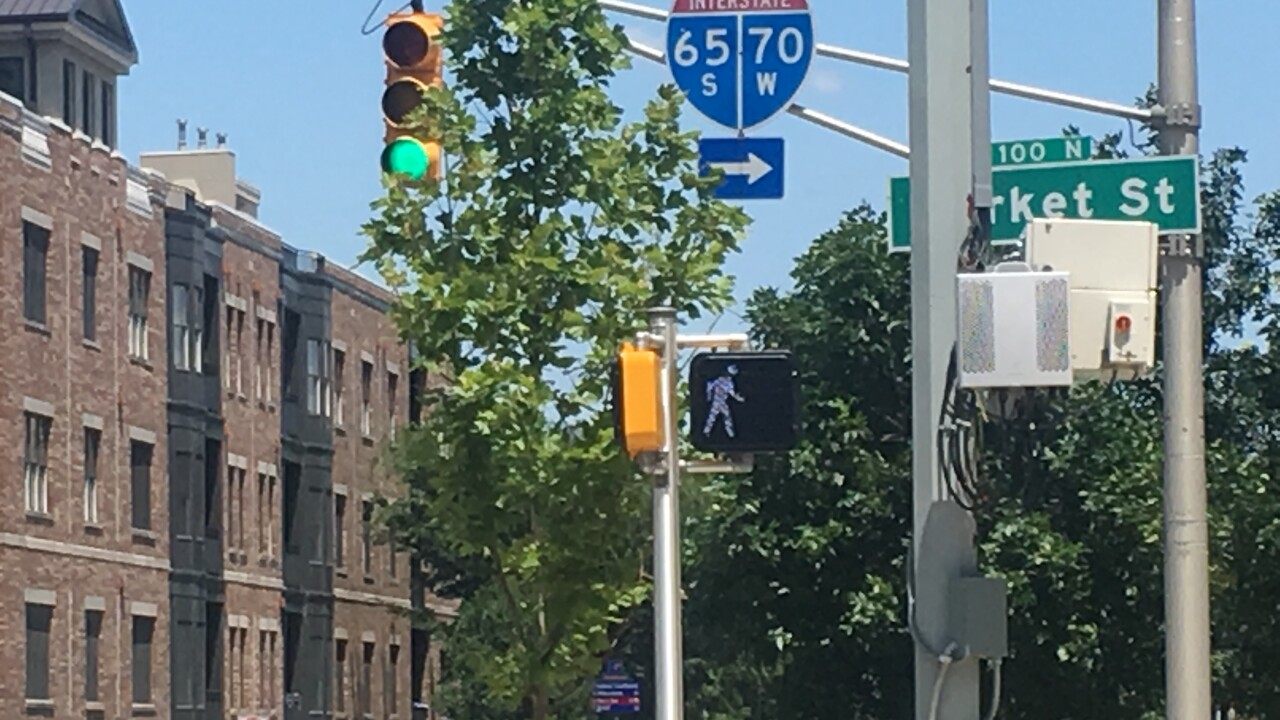 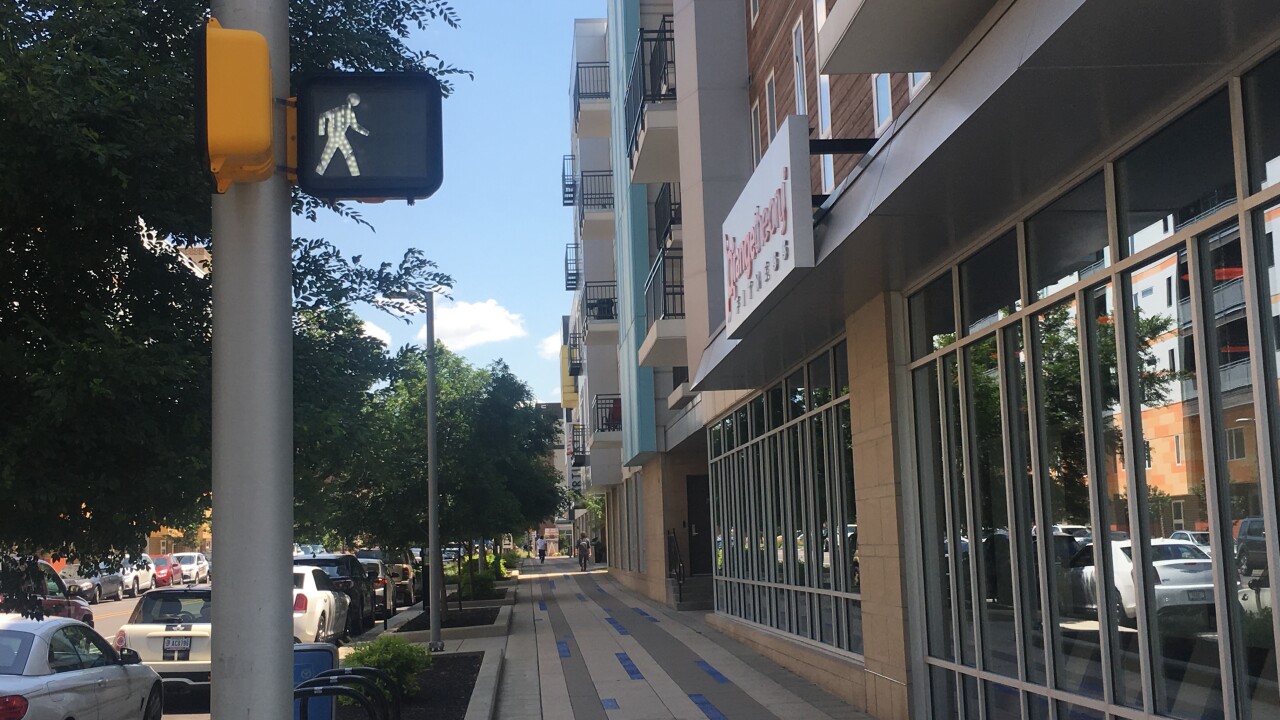 INDIANAPOLIS — Indiana’s 7th Congressional District, which encompasses most of Indianapolis, is one of the most dangerous areas in the country for pedestrians.

The district covers the bottom two-thirds of Marion County, then awkwardly zig-zags north of 38th Street. In the 10-year period between 2008 and 2017, that district experienced 171 pedestrian fatalities — about 2.29 per 100,000 people. It was the 68th most dangerous House district in the country, based off data by Smart Growth America, a Washington, D.C.-based advocacy group that focuses on urban planning. There are 435 districts in the United States.

The organization’s study is part of the Dangerous by Design campaign, which pushes for federal and state governments to adopt new policies that protect pedestrians on the street.

The report shows that the number of fatal pedestrian crashes in the United States increased by 35 percent over the last decade.

Why is that? Americans aren’t really walking more, and we’re barely driving more now than we were in 2008. It has to do with the design of the streets we drive on, said Heather Zaccaro, the program manager for the National Complete Streets Coalition.

“We continue to put moving vehicles as fast as possible first,” she said. “That’s our No. 1 priority when making decisions about our streets. … What it leads to is wider and wider roads and faster and faster streets. Speed is the No. 1 predictive factor when determining how severe or fatal an injury is going to be when someone is struck while walking.”

The organization recommends more of a balance between making sure the vehicles can get where they’re going and keeping pedestrians and bicyclists safe. But implementing those changes into future road construction plans may require a change in the current mindset of drivers in the country.

“Imagine for a moment there are no trade-offs and you could tell someone, ‘We have a way to design this street to make sure people can use it safely. We can save lives,’” Zaccaro said. “Everybody’s on board with that concept. It’s a question of the convenience. Everyone is on board with saving lives until it means adding 30 seconds to their commute, then all of a sudden people don’t care anymore.”

The group is advocating for the passage of the Complete Streets Act of 2019, a federal law that would incentivize both state and local governments to plan for all people who use the streets, such as bicyclists and pedestrians, not just those driving a vehicle. It would also require the governments set aside 5% of federal highway funding for projects that serve all users.

The representative for Indiana’s 7th District, Democratic Rep. André Carson, is one of just four representatives to co-sponsor the legislation. Joining him are Ruben Gallego, D-Ariz.; Dina Titus, D-Nev.; and Adriano Espaillat, D-N.Y.

“As a senior member of the House Committee on Transportation and Infrastructure, I’ve heard lots of testimony over the last several years about ways that pedestrian and bike safety can be greatly improved,” Carson said in a statement. “I’ve also heard from Hoosier advocates that we need to do more to fix known flaws to address preventable accidents and save lives. That’s why I’m proud to be an original cosponsor of the Complete Streets Act, which incentivizes safety measures by states and localities to lower fatalities. I hope measures like this will be included in any infrastructure bill our Committee considers.”

The proposal was referred to the House Subcommittee on Highways and Transit.