3 siblings hit, killed while crossing the street to get on the school bus in Fulton County 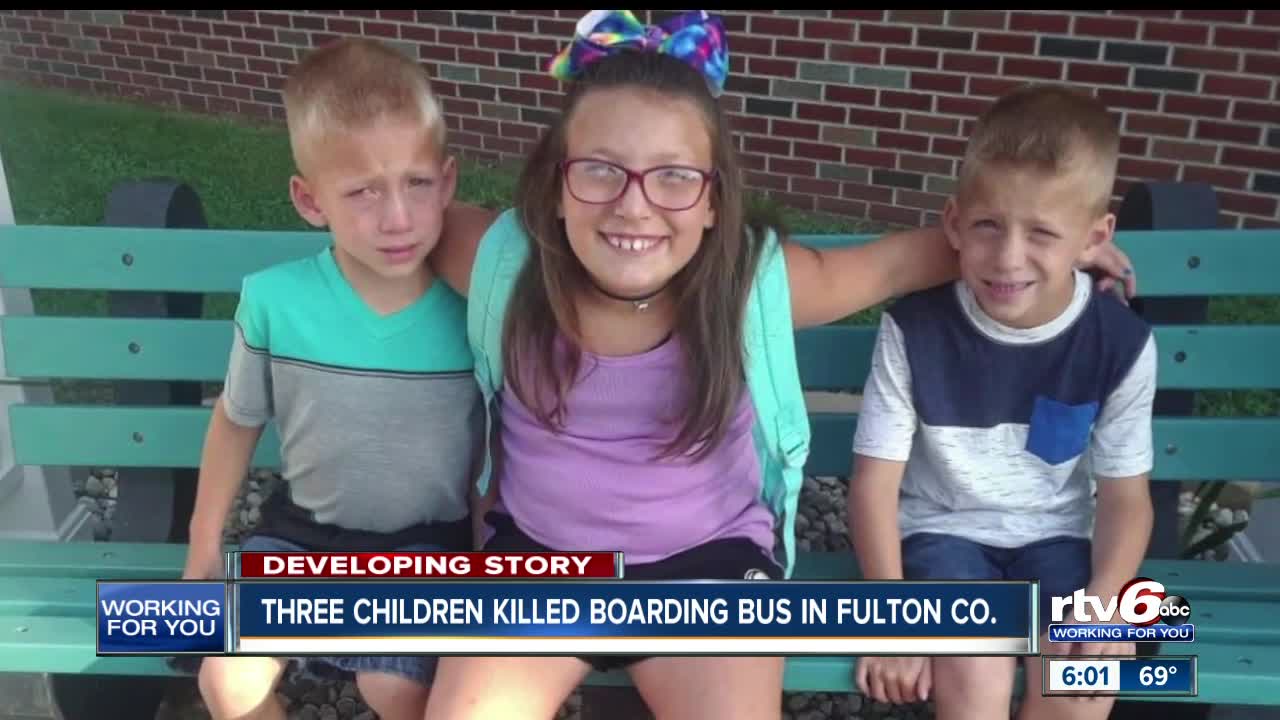 Three siblings were killed and another child was critically injured after they were struck by a vehicle as they were crossing the street to get on a school bus in Fulton County early Tuesday morning. 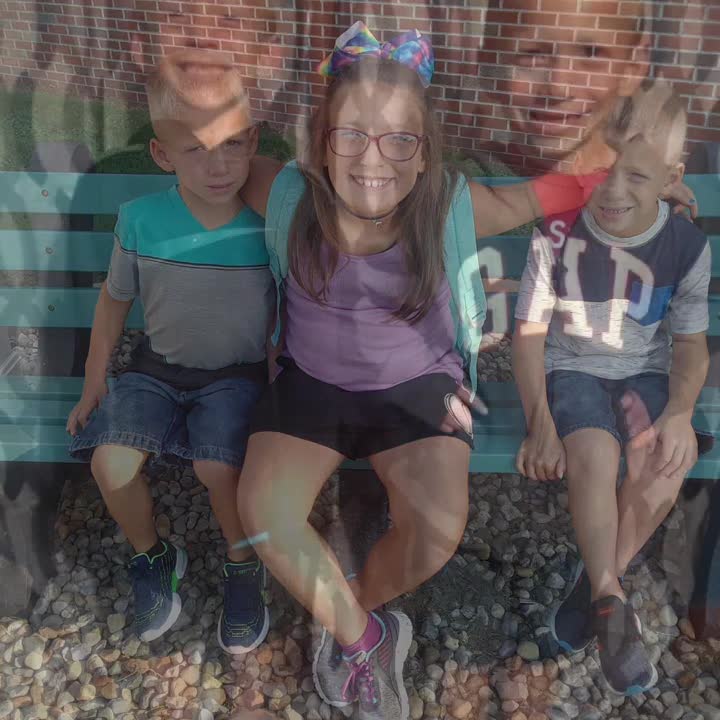 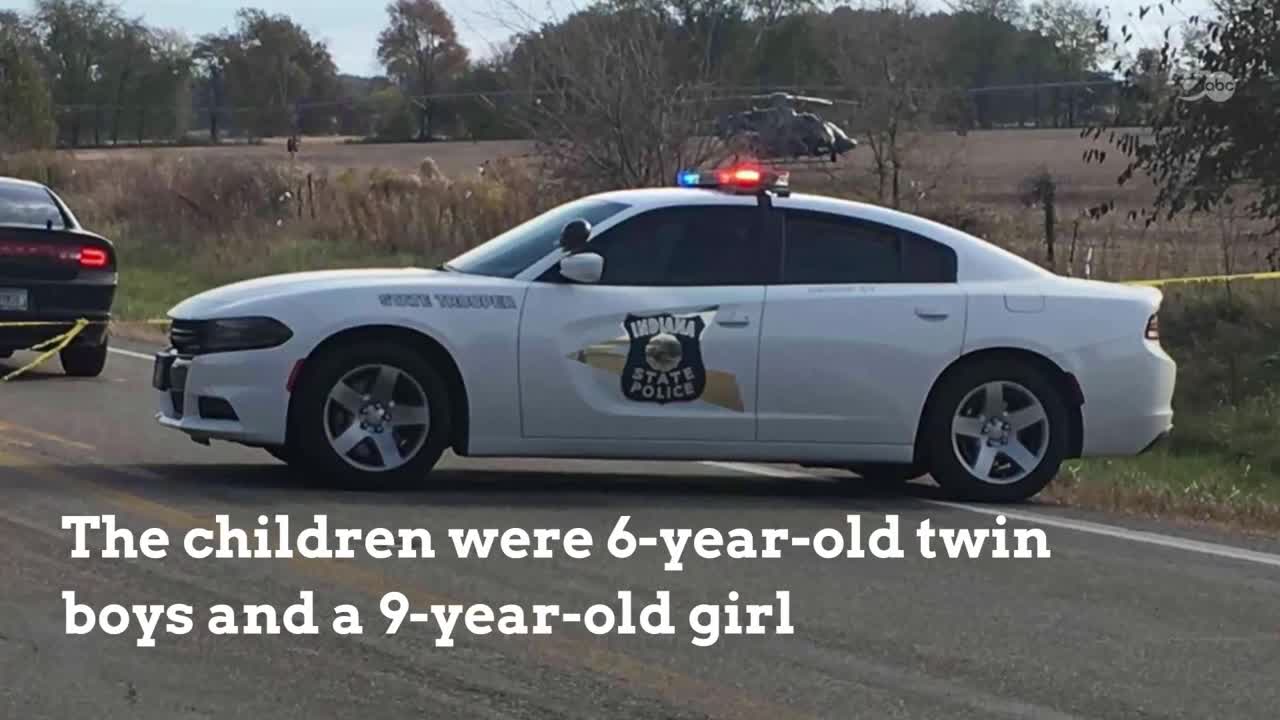 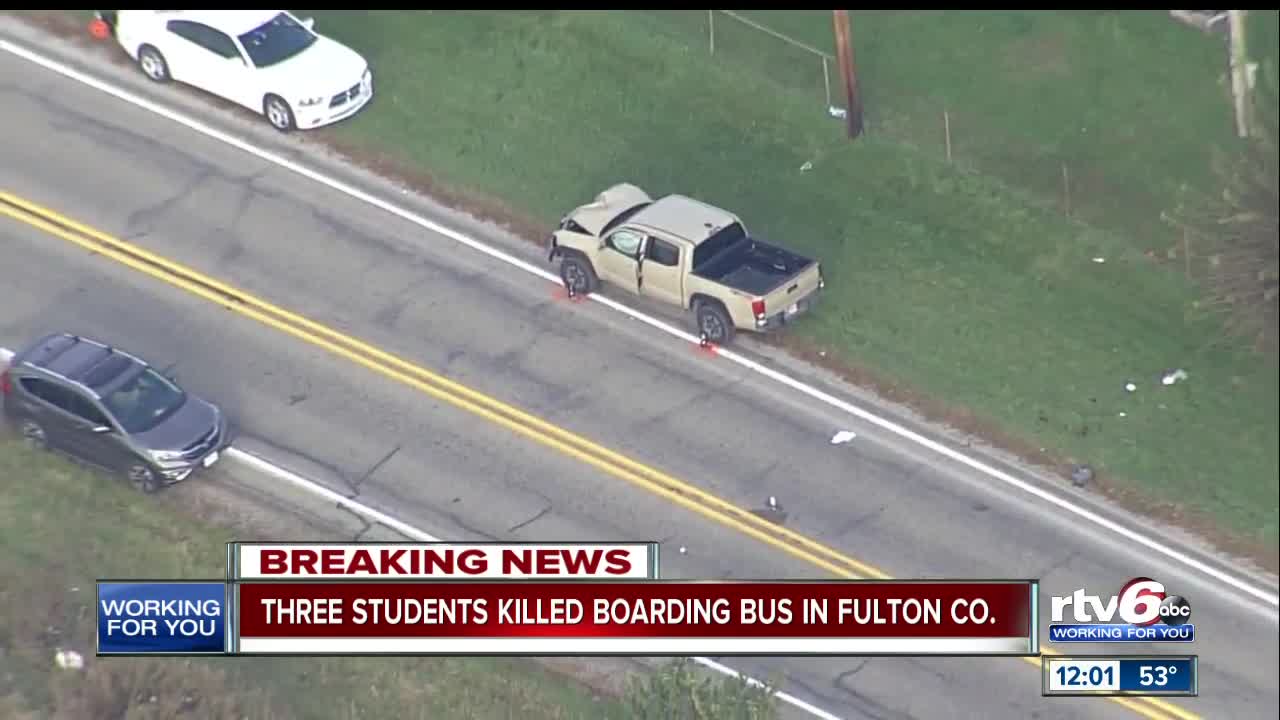 FULTON COUNTY, Ind. -- Three siblings were killed and another child was critically injured after they were struck by a vehicle as they were crossing the street to get on a school bus in Fulton County early Tuesday morning.

The crash happened at about 7:30 a.m., near the intersection of State Road 25 and CR 400 N, according to Indiana State Police.

READ | Here's when you should stop for a school bus

Indiana State Police say a school bus was stopped on State Road 25 with the stop arm and exterior lighting activated in front of a mobile home park. As children crossed the road to get on the bus, four of the kids were struck by a Toyota Tacoma that was being driven by Alyssa Shepherd, 24.

Alivia Stahl, 9, and her twin brothers, Xzavier and Mason Ingle, 6, were all pronounced dead at the scene.

An 11-year-old boy was flown to Parkview Hospital in Ft. Wayne in critical condition. At last check, state police say he was in surgery with multiple broken bones and internal injuries.

The twins and their sister attended Mentone Elementary School in the Tippecanoe Valley School District. The corporation released the following statement:

Our school corporation has suffered a tragedy this morning. We have learned of three student fatalities and one student seriously injured and airlifted to a Fort Wayne hospital as they were hit by a vehicle while boarding their bus.

We have deployed all school counselors to meet the emotional needs of our staff, students and parents.

We are awaiting to learn more confirmed details but wish to ask the community to come together to pray for the families, our students and our staff.

The bus driver and the three other children who were on the bus were not injured.

State police arrested Shepherd Tuesday afternoon at her place of employment. She's charged with three counts of felony reckless homicide and one count of passing a school bus with the stop arm extended, causing injury.

Shepherd was released Tuesday evening on a $15,000 bond.

The crash remains under investigation by Indiana State Police. The National Transportation Safety Board is also heading to the scene. They plan to be there on Wednesday to investigate.