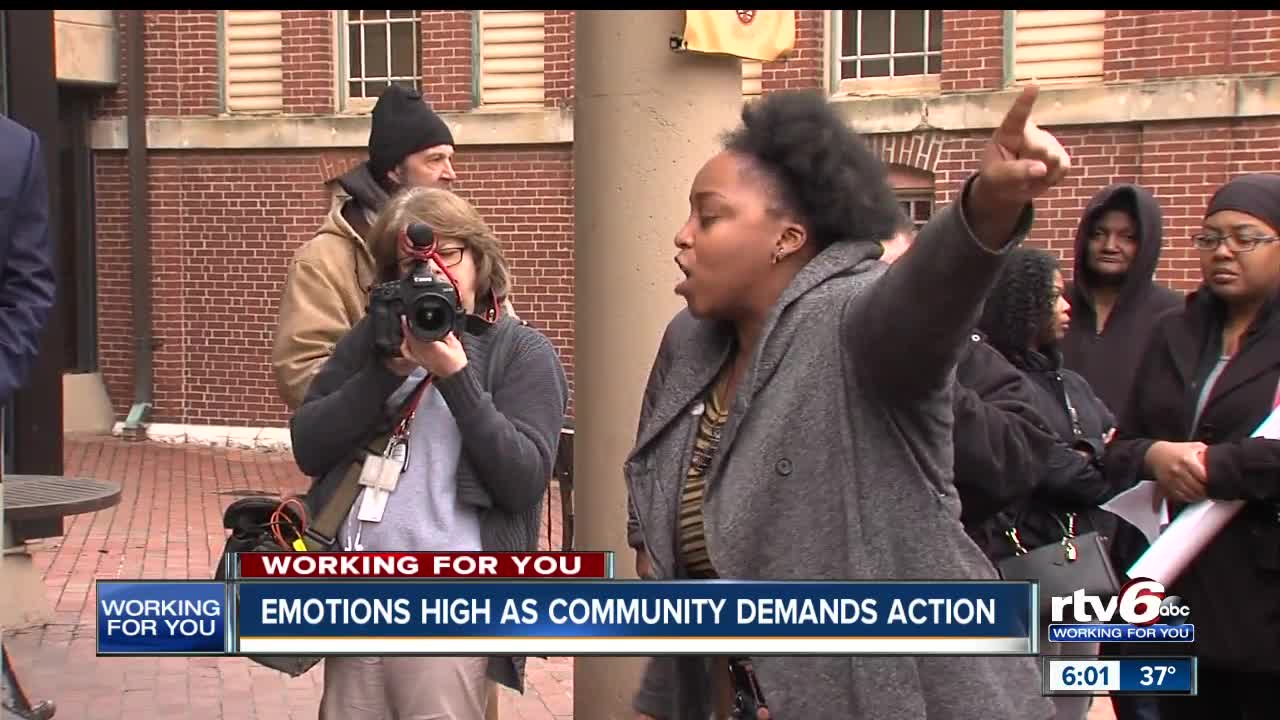 People who attended a press conference to discuss a plan to address crime in Indianapolis said they are tired of words and want action. 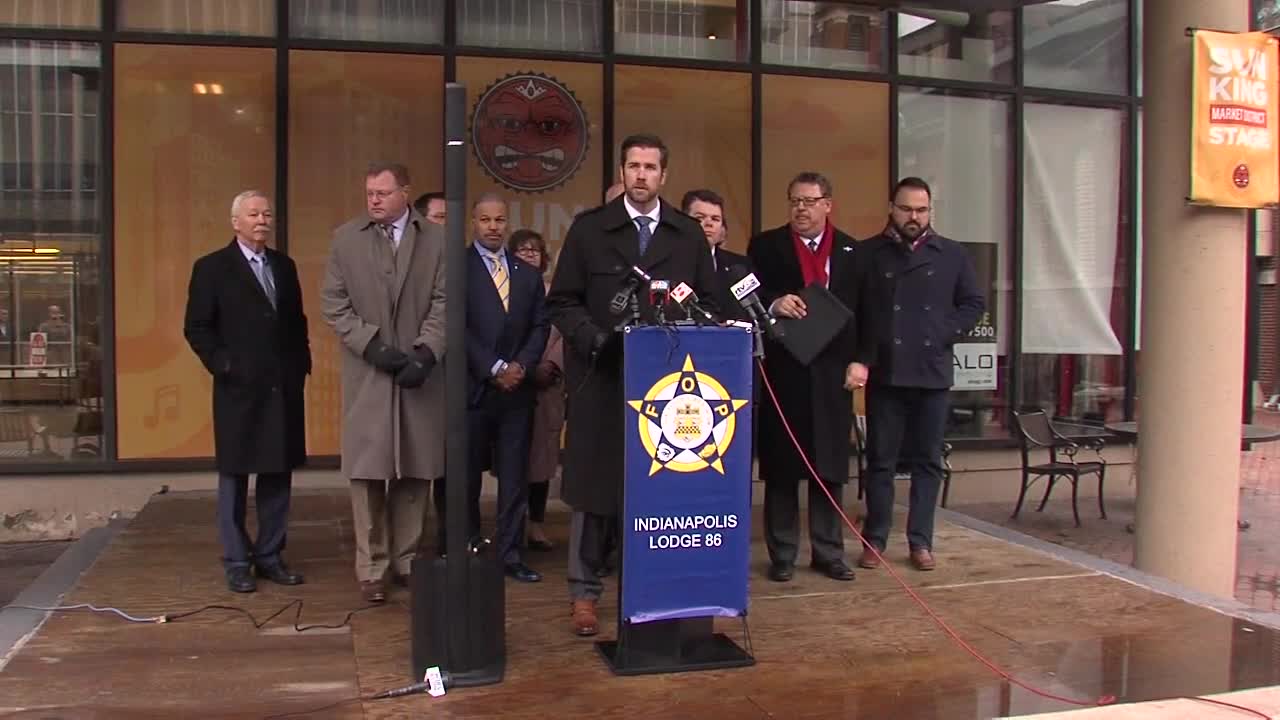 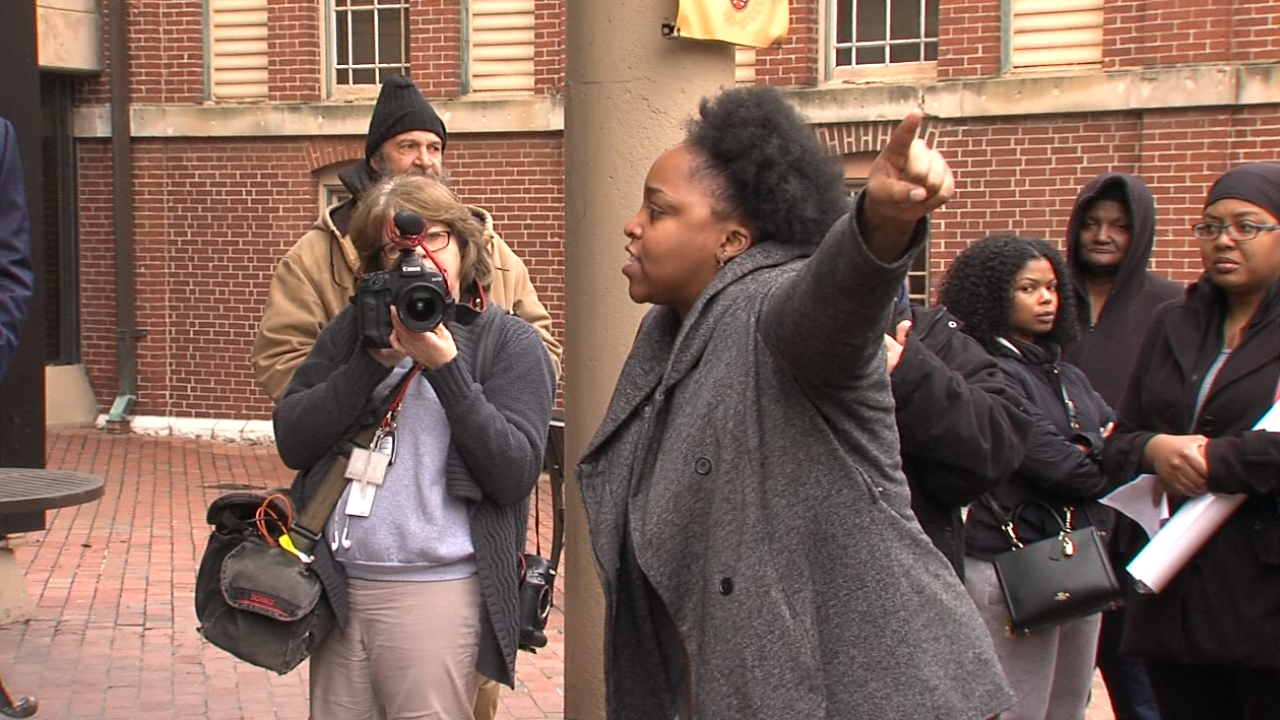 INDIANAPOLIS — A press conference about crime ended with angry shouts from community members Monday afternoon, as a group of City-County Councilors, state legislators and others announced a new public safety strategy.

Mowery said organizations and members of the community would come together to help solve the city’s crime problems. He said there was no specific reason for the timing of the idea.

"Now is not the perfect time," Mowery said. "The perfect time would've been three or four years ago. But we can't change what we've done in the past. All we can do is try to work forward for a better tomorrow."

At the end of the press conference, Mowery said an event next week would be semi-closed, only for stakeholders. Then a group of people started questioning Jackson and the other speakers.

“Does Reverend Jackson now speak for the whole black community?” one man asked the group of speakers. “Are you now our spokesman?”

Jackson is the lead pastor of Fervent Prayer Church in Indianapolis.

The man asking questions, along with others, started asking the elected officials to “come and talk to us,” saying the black community needs to give input on the plans.

Another community member at the event, James Wilson, said his 13-year-old cousin died in Indianapolis from the violence. He said he wants to see people work with the mayor's office, not create new strategies.

"This is serious to me," Wilson said. "It's not conversation anymore. Action has to happen. If there's no action, there's no results. ... There is socioeconomic trauma in our city, and that trauma goes way beyond just a conversation. It is mental health, it is drug addiction, it is poverty.

"We have a lot of people trying to build programs to help and assist, but we have no support because, guess what, everyone is building their own issues. They are all working on their own thing. Collective impact, that is what the word truly should be. Collective impact. That is what unity pretty looks like. This is my heart. I would die for this issue."

Kyra Harvey, who attended the press conference, said she thinks the focus needs to be on addressing the root cause of violent crime.

"The east side has nothing but liquor stores and CVS, and they are gentrifying. They are pushing those people out," she said. "There are no grocery stores over there. People need basic needs. Food is a basic need. A house is a basic need. And we don’t even have that, and all you want to do is lock people up and that is your only solution. We cannot Band-Aid our way out of this."

Last month, Snyder held a press conference asking, "Where is the outrage?" He said he saw some of that outrage from the community Monday.

"I was talking to (Wilson)," Snyder said. "His family members are dying. So are mine. My brothers in blue and sisters in blue — they're dying and being shot in droves, not only in our city but across the country. ... We have no animosity with anybody here. Quite frankly, I don't think they really do with us either because we're saying many of the same things."

Mowery said the initiative is bipartisan and was joined Monday by two Democratic members of the council, Jared Evans and Dan Boots. Councilor Leroy Robinson, the chair of the Public Safety Committee, was not in attendance.

"I'm not sure what he had going on, but I know some of the councilors were not able to make it today because of time restrictions because of their full-time work," Mowery said.

He said he hadn't spoken to Robinson or Mayor Joe Hogsett about the citizen-driven initiative, but said he's hoping they'll be supportive.

But later in the day, Hogsett decried the idea after an event announcing a new app to address food insecurity in the city.

"The community does have a role to play. We're not going to be able to solve the problem without the community's full support," Hogsett said. "But creating more bureaucracy and another committee and another commission to study the issue — that's where I draw the line. I find that ludicrous. ... We need to stop talking about it. We know why people pick up a gun and shoot somebody else. We know it's driven sometimes by drug transactions that have gone bad. It's driven sometimes by drug jurisdictional disputes. It's frankly driven all too often, sadly, by people who can't resolve conflicts in non-dangerous ways. They too often resolve their conflicts by picking up a — we know all those things.

"Nobody needs to tell the city or the community. The community knows these things. That's where I draw the line. I think we need to double down on action rather than continue to discuss the nature of the problem. Poverty! What we just talked about in this press conference — food access and food security. Today's conference was about food access and food security, but do you know what it's also about? It's about reducing poverty. And do you know what that's about? Reducing crime. Today's press conference is yet another example of action we are taking to try to meaningfully move the dial in the level of violent crime in Indianapolis."