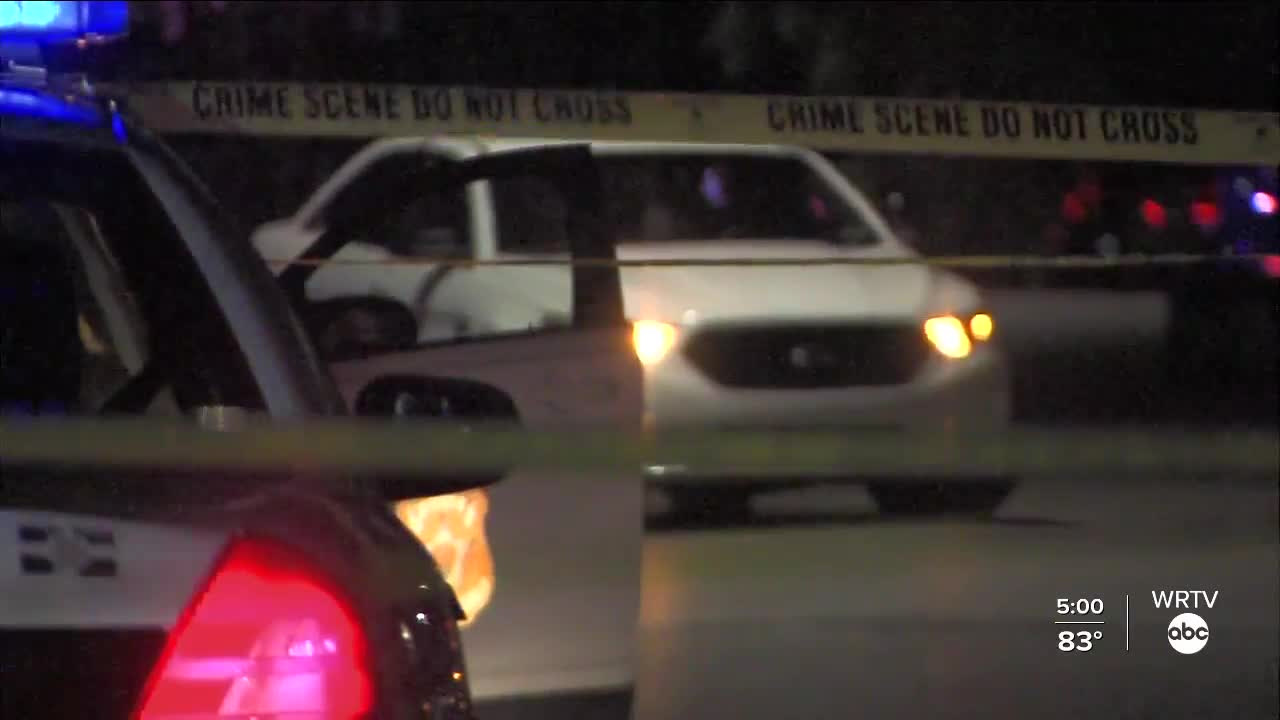 The City of Indianapolis has surpassed 153 intentional homicides, that number ties the city’s record and we still have two and a half months left in 2020.

INDIANAPOLIS — The City of Indianapolis has surpassed 153 intentional homicides, that number ties the city’s record and we still have two and a half months left in 2020.

The most recent homicide happened Thursday evening near East 30th Street and North Keystone Avenue. There have been no leads in that case yet.

That neighborhood has had several homicides this year, including the death of an 8-year-old boy who was killed by a stray bullet while eating dinner in his own home. That case is still unsolved.

People who live in the neighborhood say violence is an ongoing issue and they hear gunshots often.

“We hear them multiple times a week and it's not just like it's on Keystone, it is somewhere in the area," said one Indianapolis woman, who asked not to be identified for safety reasons. "It is relatively, extremely close. We watched someone get shot not too long ago.”

Most people in the neighborhood there were too fearful to do an interview with WRTV.

This woman says she has children and worries about their safety every day. When it comes to homicides, she thinks a big part of the problem is that people don’t speak up.

The pastor at United House of Prayer on Keystone Avenue says he often talks with people who have lost family members to violence.

“It hits home because a lot of people they know someone personally that has been killed,” Pastor Giradie Mercer said.

He thinks the problem has to do with easy access to guns and the mindset some people have.

“People don't value life and I think they have anger issues," Mercer said. "I don't know if there is something wrong, but there's definitely something missing.”

“We are going through a pandemic. People are already under poverty level here and uneducated,” said the woman.

Both she and Pastor Mercer say they’d like to see more community events with police officers.

“We need something where people can come together and do something positive in the community, be more involved socially. Not just serving and protecting, but have events and different things that bring the community together,” Mercer said.

“Be in the city," the woman said. "Find out, talk to people, raise awareness, build more community functions, I’m not a defund the police, so fund them. Train them correctly though and put them in these neighborhoods. We are a block away from the police station. There is no reason there should be this many homicides this close."

Police say they often have trouble getting witnesses to cooperate or come forward in homicide investigations. They want to remind the community that you can remain anonymous by calling Crime Stoppers of Central Indiana at 317-262-TIPS.