Woman and her family find happiness after gender affirmation surgery 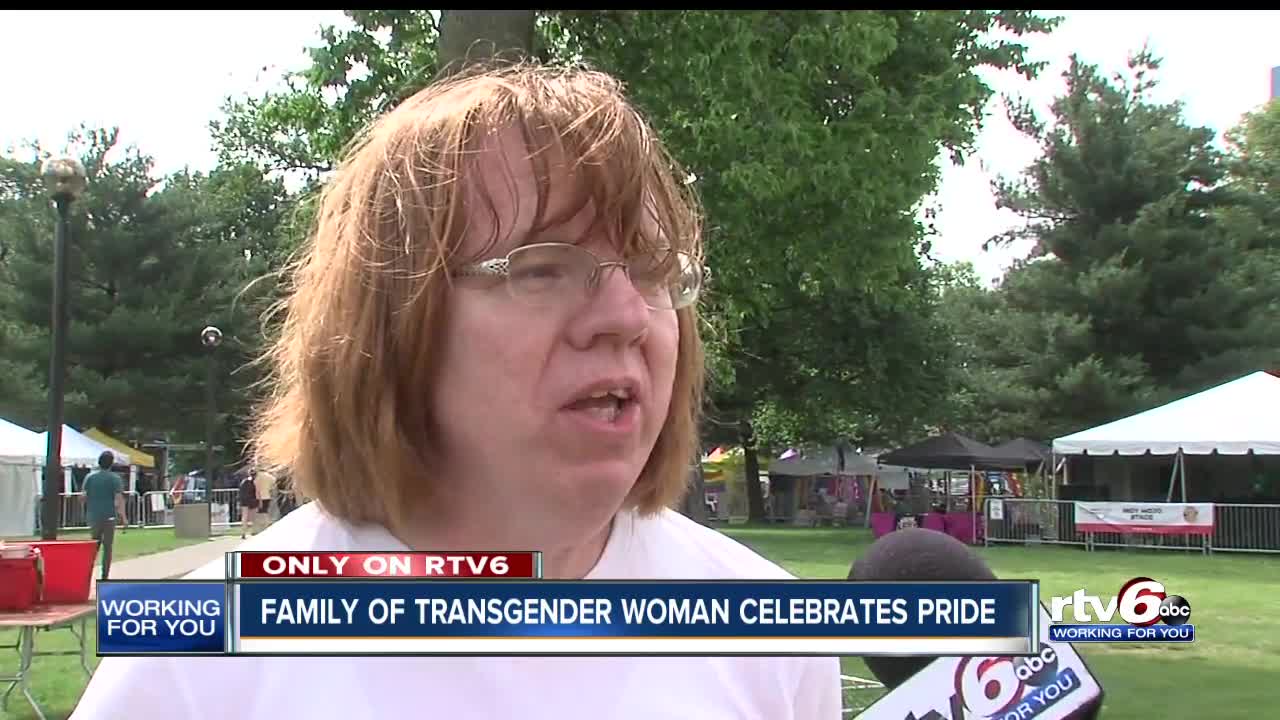 After more than two decades of marriage, a husband shared his true self with his wife, and the entire family has struck together.

INDIANAPOLIS — It took decades for Ellie Kiess to show her true colors.

And just three weeks post-surgery, the 53-year-old was proud to be part of Indy's Pride Festival earlier this month.

"I have been hiding for 30 years, so I went into my marriage already knowing what I already was," she said.

Ellie was Eric until two years ago. Eric married Christina almost 25 years ago, and they have two adult daughters.

Living in the northeast Indiana town of Hoagland with a population of less than 1,000, she was a firefighter and EMS responder for more than 20 years. Ellie said working in a male-dominated field forced her to suppress her true self.

"Eric was hiding so many things that Eric was a difficult person," Ellie said. "I look back at it, and I wonder why people even stayed with him."

"Both my military career and getting married were for some of the wrong reasons," she said. "I was trying to get into a pure male combat MOS and the Army, getting married because I saw all my buddies getting married, thinking, 'Well, these are ways I can overcome this transgender feeling,' and they were not working."

After years of pretending to be someone else, Eric finally opened up to his daughter, Rebecca.

"It was scary because, basically, my dad had started the conversation with, 'I don't know how to say this, and it might end in divorce,'" Rebecca said. "So, I immediately was going worst-case scenario. I was not expecting what it was. But it honestly was the best thing that she could have ever told me at the time."

Twenty-year-old Rebecca said that although her father's admission came as a surprise, things her dad did while she was growing up started to now make sense.

"My dad did try to almost, now we know, it was overcompensating for the feelings that she was hiding for herself," Rebecca said. "So my dad would always make jokes, 'Oh, I am the man of the house. The man of the house gets this and that and whatever.' And so we now know that was just compensation."

Rebecca, her sister Shannon and their mom all accepted Ellie for who she is and have supported her on this new journey that they are all taking together.

"Hopefully, my kids will all be loved and accepted for however they feel when they get older, that their grandparents, grandmothers, are going to love them for who they are," Rebecca said.

Christina has always been a support system, a best friend for Ellie, even when she was known as Eric, holding true to their marriage vows made 25 years ago. One of the most important moments was the first time Christina called her Ellie.

"She will tell you, I was crying when I realized that she had it and everything," Ellie said. "I couldn't have felt more heart-warmed because I knew that everything was going to be OK."

And for Ellie, with the love of her wife and daughters, things are moving in what she feels is the right direction.

"My coming out was the best thing for everybody," Ellie said. "Ellie is a person that people love to hang out with. My family has been with me, those three right behind you, have been with me this whole journey from now to two years ago. And that has been a big difference. It is how I have been able to heal."

Ellie and Christina Kiess are one of only 5% of marriages that stay together when one partner transitions.

In May, we shared with you the story of Ryan Oligher, a young man from Newbergh who shared his lifelong search to discover his true identity. Both Ryan and Ellie had their gender affirmation surgeries done at IU Health with Dr. Sidhbh Gallagher.

May 13: Transitioning: Born a woman, a young man opens up about his lifelong search to discover his identity

May 14: Transitioning, Part 2: An Indiana man's lifelong search to discover his true identity