The legal battle surrounding Greenfield Granite goes on, but there's been a development. 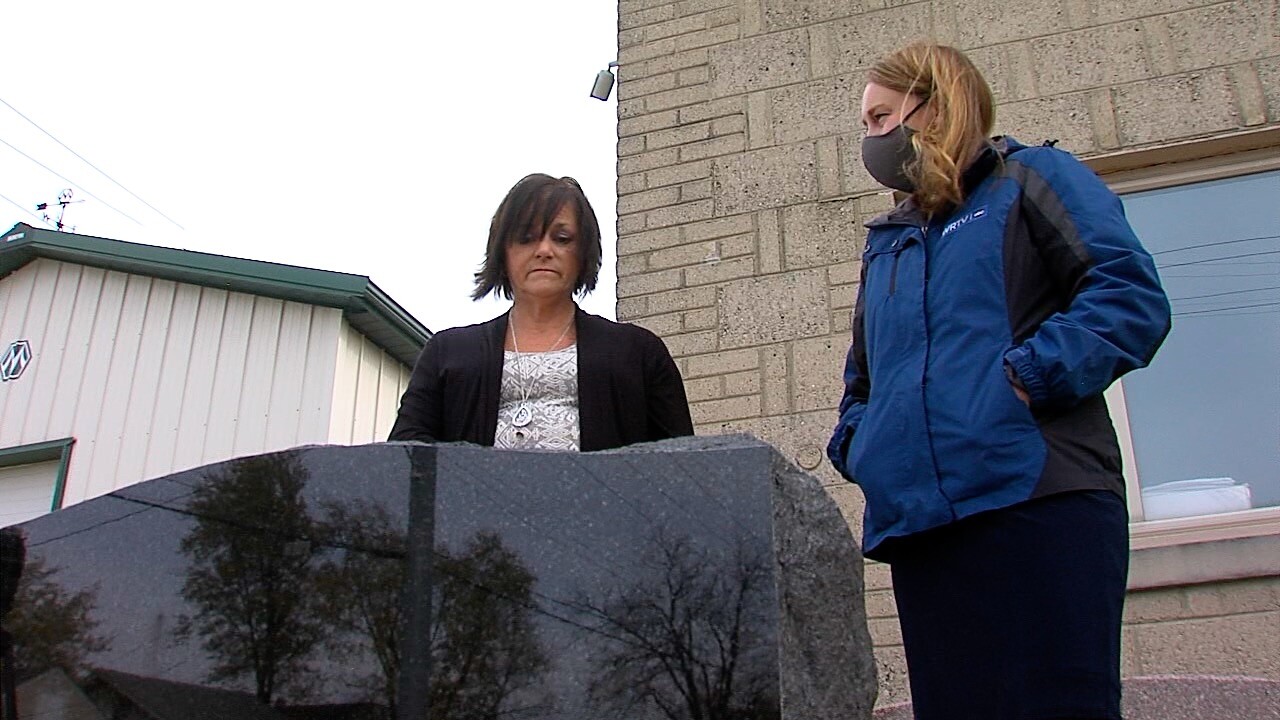 HANCOCK CO. — Prosecutors have decided not to file charges following a more than three-month criminal investigation into a Greenfield monument company.

WRTV Investigates raised questions about Greenfield Granite’s business practices back in August when customer after customer said they paid for headstones but never received them.

The decision not to prosecute is not sitting well with consumers like Mary Collins, who paid $1,859 for her husband’s bench memorial and never received the bench or a refund.

"That really disturbs me, because I would think a company is still responsible,” said Collins.

Mary Collins had to pay another company to finish her husband Norman’s bench.

“It makes me sick that they can do this and get away with it,” said Collins. “To think of all the people who suffered because of this.”

Greenfield Granite’s owner Amie Strohl died by suicide in September amid the Greenfield Police Department’s criminal investigation into Amie and her business practices.

Hancock County prosecutor Brent Eaton announced this week they will not be filing criminal charges against anyone, saying their suspect is deceased.

Greenfield Police Detective Nichole Gilbert said she’s talked with more than 100 potential victims who’ve spent a total of $130,000 on headstones, many of whom have never received them.

"We did have a pretty strong case with Amie; however, with her death, we had to change gears on that,” said Gilbert. "I feel for these people and I understand they wanted criminal charges . I worked with the prosecutor's office to make sure we weren't missing something that could be charged, but also knowing the law and what could be proven, and the evidence we would need— I know personally it's not there."

The lawsuit accused Greenfield Granite of taking money from more than a dozen customers and not finishing the work.

The Attorney General’s office is working to get customers refunds and get finished or partially finished headstones back to families.

But the case is even more complicated now because Amie Strohl’s husband, James Strohl, filed for bankruptcy on October 20.

James Strohl lists his partial ownership of Greenfield Granite in the filing, and also says he did manual labor while his wife handled all office work.

WRTV Investigates asked the Indiana Attorney General’s office affects their case, and a spokesperson told us, “the Hancock County lawsuit is still proceeding at this point.”

Sheila Carson is concerned about the lack of criminal charges and bankruptcy filing.

Her mom’s headstone is still sitting, unfinished, outside of Greenfield Granite—even though she ordered it in August 2019.

"It breaks my heart that it's still just sitting here on the sidewalk,” said Carson. “It's still not complete even if we were allowed to take it now it's not complete it doesn't have a base."

Grieving families like Sheila Carson and Mary Collins want to know what happened to the money customers paid to Greenfield Granite.

Detective Gilbert said she’s reviewed financial records, but can’t disclose her findings to WRTV because the information is now part of the state’s case against Greenfield Granite.

Sheila Carson is holding out hope she will have her mom’s headstone soon.

“Each bit of update of news, bad news, is like an emotional rollercoaster again,” said Carson. “I would hope they could do that to get people their money back and release the ones that are done and get people the money to get them done and fixed.”

WRTV has been unable to reach Strohl or Heck for comment via email.

No one answered at Greenfield Granite, and it appears the company has not been operating for several weeks now.

No attorney is listed in court documents.

In addition to the Attorney General’s lawsuit, Greenfield Granite is facing at least nine pending lawsuits from upset customers.

They are scheduled for trials on November 10 and November 17, records show.