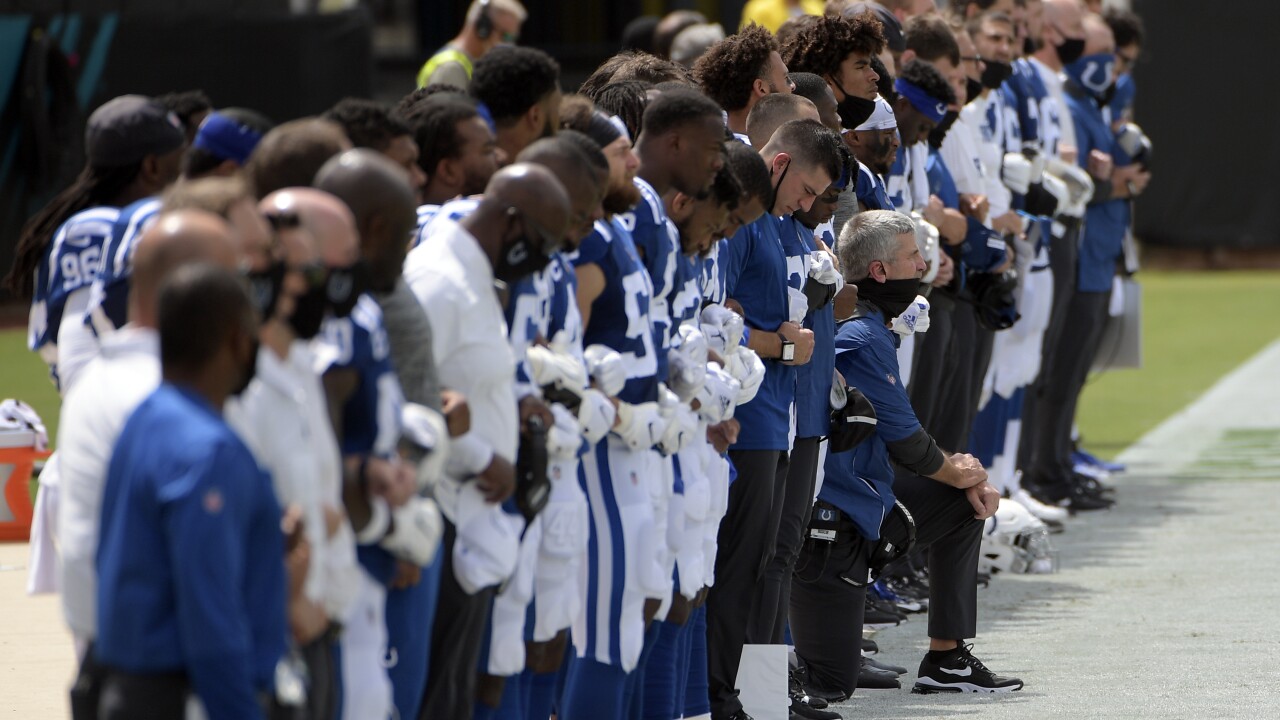 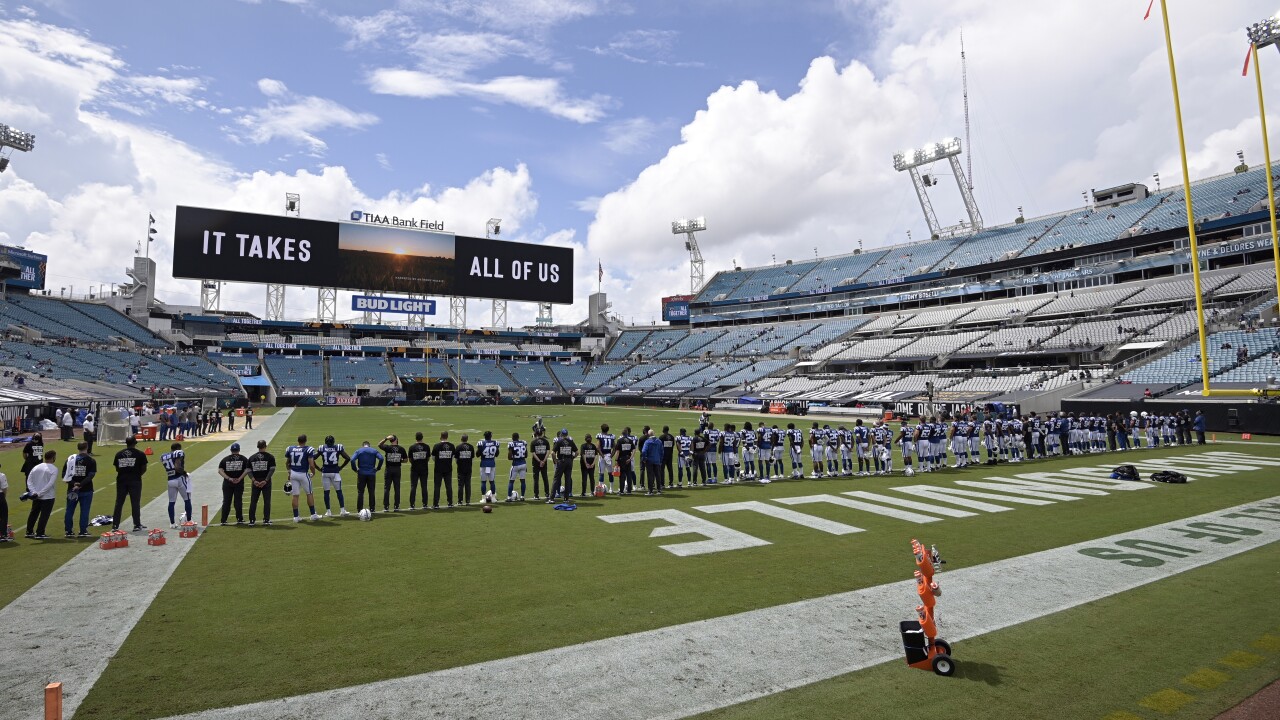 INDIANAPOLIS — Indianapolis Colts head coach Frank Reich kneeled during the national anthem and the players stood and linked arms before Sunday's game against the Jaguars.

The Indianapolis Colts also released a statement on behalf of Black communities in Indiana and other cities before the game.

"Our intent is to bring attention to the issue of systemic racism and the injustice inherit therein," the statement read. "We also wanted to demonstrate a symbolic gesture of how we believe meaningful change happens."

"We were not protesting the flag, the anthem, or the men and women who wear the uniform," the statement read. "The timing of this action is meant to highlight that the presence, power, and oppression of racism remains inconsistent with the unity and freedoms of what it means to be an American."

You can read the full statement below: