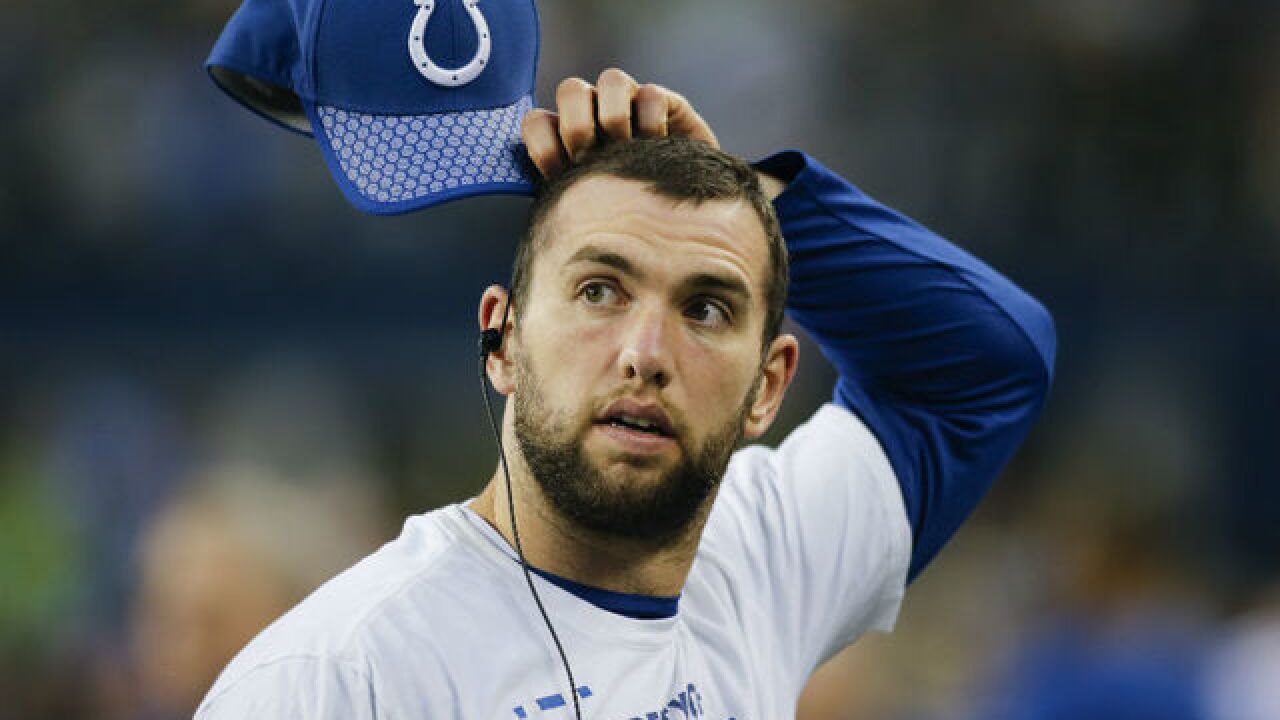 Luck had missed the team's first eight games while he recovered from surgery on his right shoulder. He will be placed on the team's Injured Reserve list.

General manager Chris Ballard said the consensus from the doctors Luck saw was to continue his rehab, and not take the field this season.

On Jan. 19, Colts owner Jim Irsay announced that Luck had the surgery, and said, "Will be ready for season!"

"We were all optimistic," Ballard said. "Unfortunately everybody's human body is different. There's not much we can do about it."

Ballard said it's too early to put a timetable on when Luck would be able to throw again, but he was optimistic about Luck's future, saying none of the doctors told them it was a career-ending issue.

He said he never thought about rushing Luck back to play, saying it takes trust away with the players.

"We're never gonna rush a guy back on the field if he's not ready," he said.