Up to 12,500 fans allowed at Lucas Oil Stadium for Colts game against Bengals 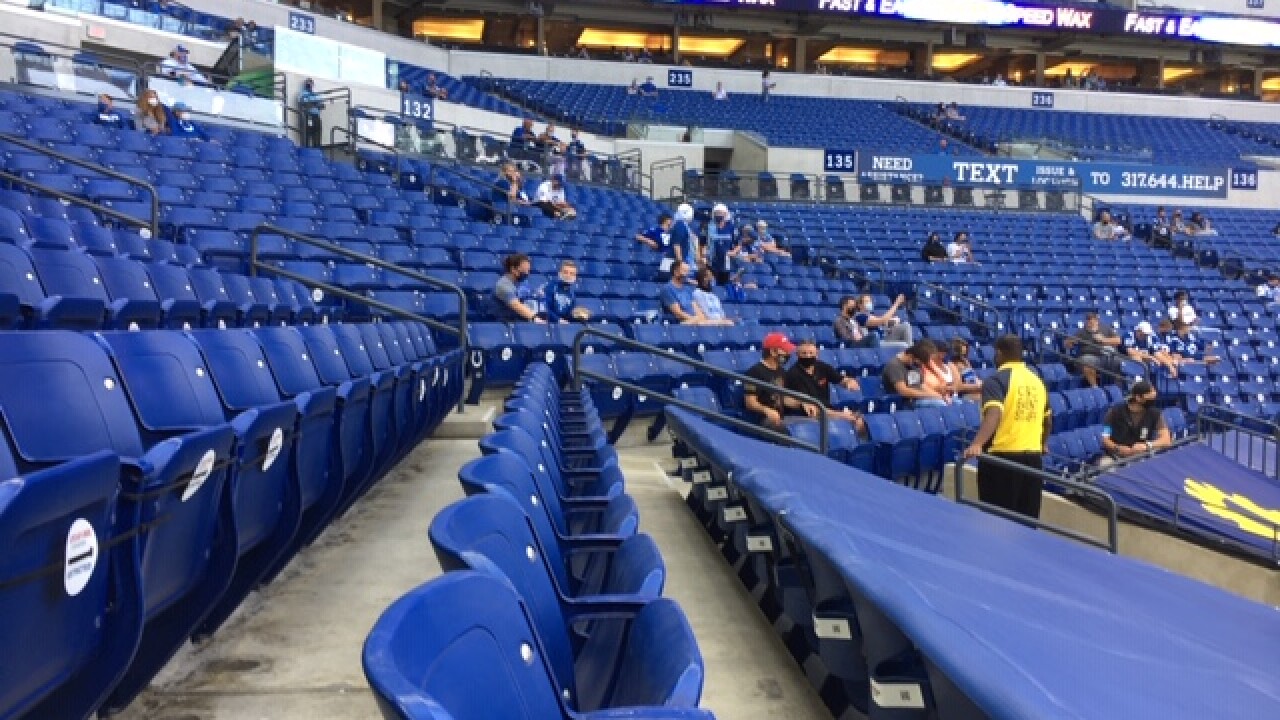 INDIANAPOLIS — Up to 12,500 fans will be allowed at Lucas Oil Stadium for the Indianapolis Colts game against the Cincinnati Bengals later this month, according to the Colts.

Single-game tickets for the Oct. 18 game will go on sale at 10 a.m. Friday, according to a tweet from the Colts.

Single-game tickets will go on sale tomorrow at 10AM ET.

Tickets start at $48 and can be purchased on the Colts website or on Ticketmaster.

"Because of the reduced capacity, season ticket members – including individual ticket holders selected by seniority, suite holders, and team partners – were given the first opportunity to purchase four-game packs or single game tickets to home games this season," a press release from the Colts read. "The team also must fulfill ticket commitments to players and coaches, the visiting team, broadcast partners, and the NFL."

7,500 fans were able to attend the Colts last home game on Sept. 27 against the Jets.

All fans and employees will have to participate in a COVID-19 screening, including a questionnaire and temperature check before they are allowed into the stadium. People are required to wear masks except when they are eating or drinking.

MORE INFO | Masks, screenings and no cash: Changes to expect at 2020 Colts games