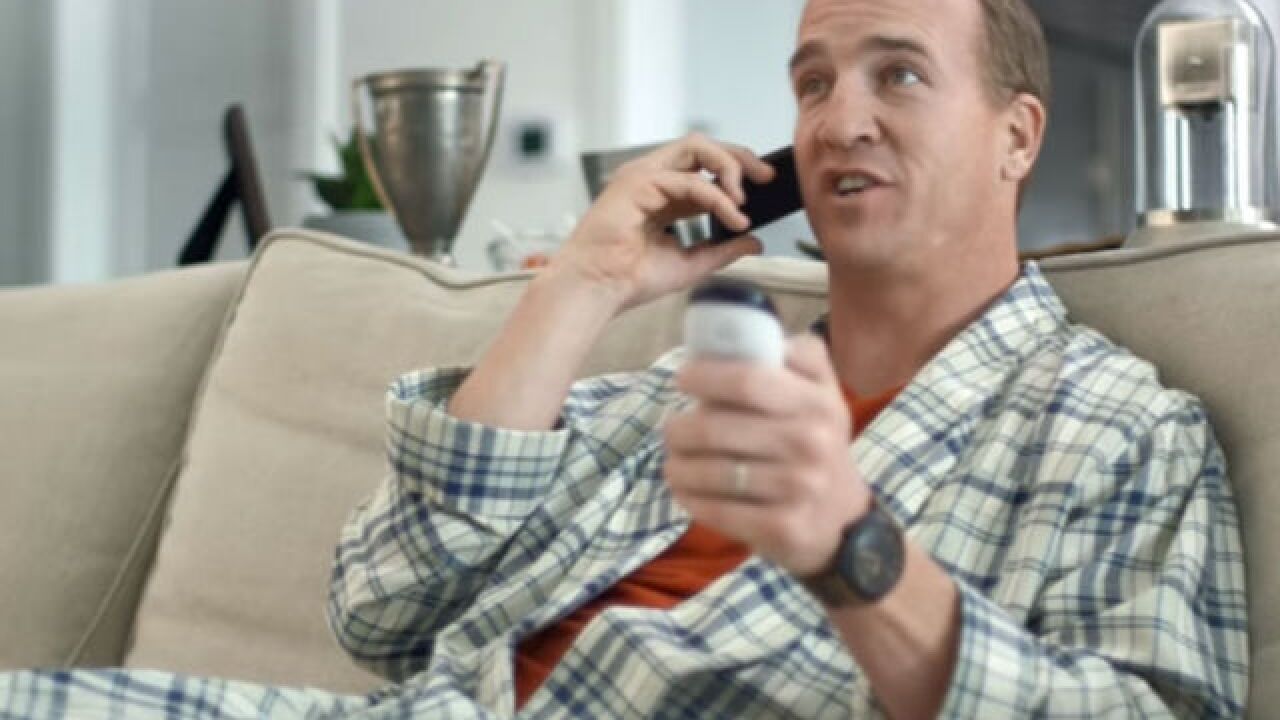 INDIANAPOLIS -- Former Colts quarterback Peyton Manning may be retired from football, but he's still in the commercial-making business.

Manning is shown in a robe, calling his brother Eli to hang out and watch football (who can't because he's still playing), getting groceries at check-out No. 18, and making friends with a retiree in the park.

Since we can't watch Manning play every Sunday anymore, this will have to be the next best thing.

Watch the three commercials below.