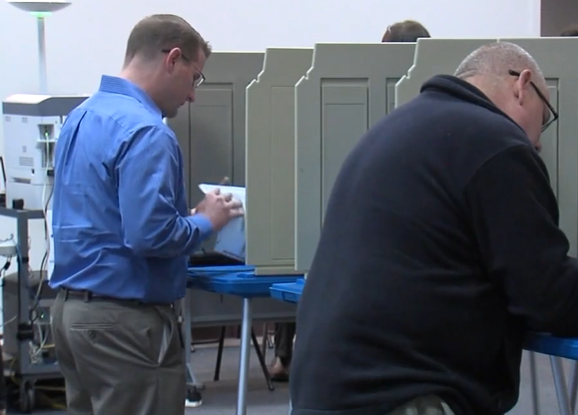 An Indiana lawmaker is proposing changes in the state's election laws. INDIANAPOLIS— State lawmakers are responding to election problems uncovered by WRTV Investigates including voters who never received their absentee ballots and others who got conflicting information regarding whether they could switch to early voting after requesting an absentee ballot.

"What we really need to do is modernize our election laws, and that's one of the things I'll be doing in the next session,” Ford said.

Ford is a member of the Senate Elections Committee.

WRTV Investigates shared with Ford our findings following the 2020 elections.

Some voters, like Linda Stegner and Ellen Hodge in Marion County, never received their absentee ballots in the mail.

While other voters, like Charlotte Hess in Bloomington, were given conflicting information on whether they could change to early in-person voting if they had already requested an absentee ballot.

WRTV Investigates uncovered the answer voters receive depends on the county they live in.

"I'm deeply concerned about that,” Ford said. “If you're a voter in one county that's allowing it to happen and then another county doesn't allow it, voters are like why is the process different? I think that's where we need to step in and provide some clarification."

"I think the legislature should point out this is what the statute means unequivocally so we don't have this confusion created for future elections,” said Common Cause Indiana Policy Director Julia Vaughn.

"There's room for improvement, there's way we can grow and get better and that's what I'm hoping my voter modernization bill will do,” Ford said.